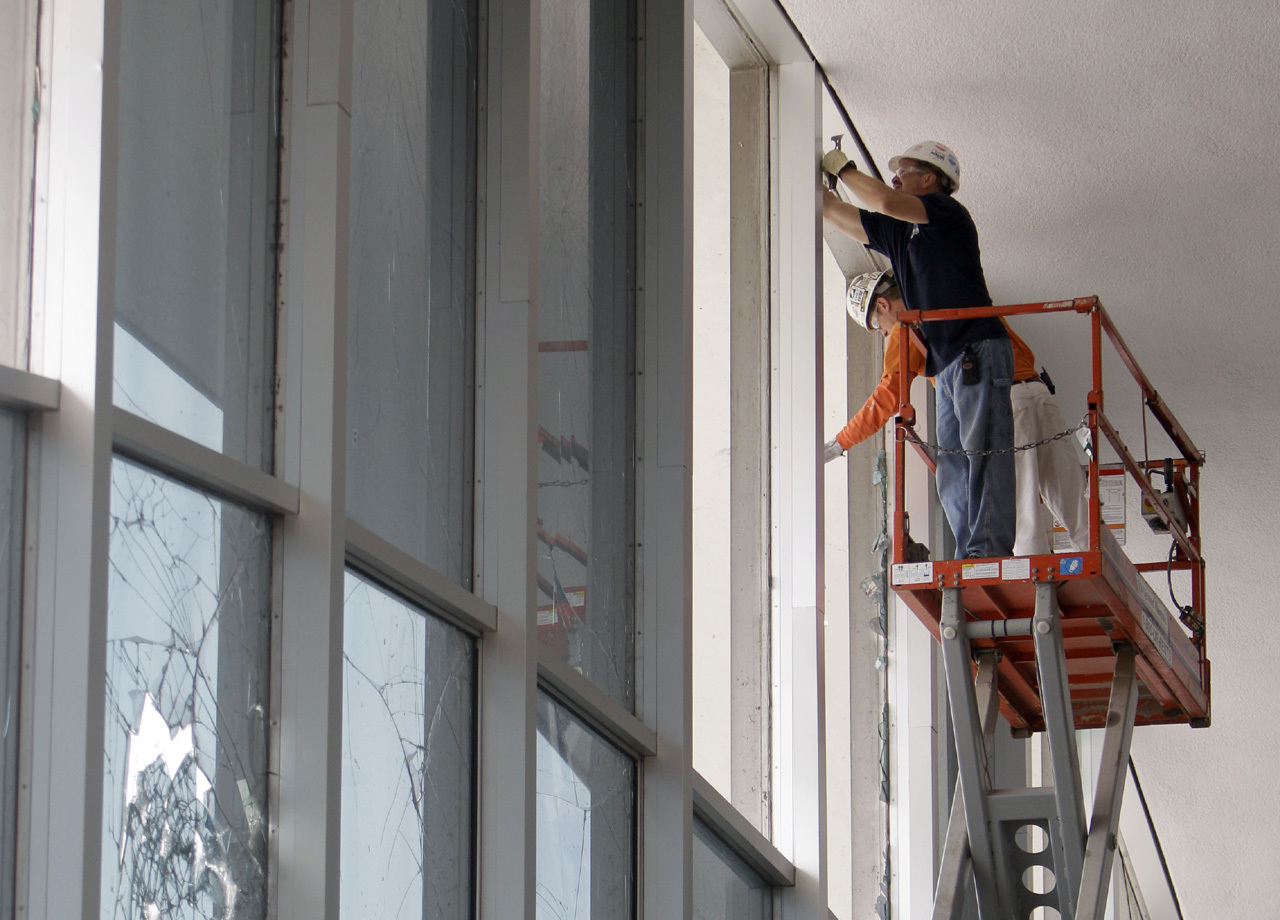 ST. LOUIS - Flights are departing the St. Louis airport for the first time since a tornado struck two days ago.

Concourse C remains closed, but airport and city officials hope to have the airport operating at about 70 percent capacity.

The tornado that struck the airport Friday night broke panes of glass, tossed a shuttle bus onto a roof and damaged a few planes. Nine St. Louis County communities were also hit.

Five people were injured at Lambert, but none seriously. There were no serious injuries or deaths from the tornado.