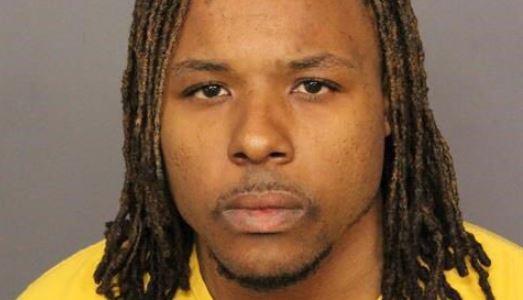 DENVER  -– Police in Denver say an Uber driver shot and killed his passenger after a dispute on an interstate early Friday, reports CBS Denver. The shooting occurred at about 2:45 a.m., according to police.

According to a probable cause statement, a witness called 911 and said an Uber driver said a passenger tried to attack him. When police arrived, they found the passenger lying on the floor board of the front passenger seat of a Nissan, suffering from gunshot wounds.

"There appears to be a conflict between an Uber driver and his passenger. The passenger did suffer gunshot wound or wounds and was transported to the hospital where subsequently he was pronounced dead a short time later," Denver Police Department public information officer Sonny Jackson told the station.

Officers then handcuffed Hancock and removed a semiautomatic Ruger SR 40 from his waist band, the station reports.

Hancock began having trouble breathing and was transported to Denver Health Medical Center, where he was treated and released. Investigators found 10 spent 40 caliber cartridges on the left shoulder of the interstate and a trail of blood near the Nissan, according to the probable cause statement.

Interstate 25 southbound was closed for several hours while officers investigated the shooting.

Jackson said it is not clear whether the passenger was armed. He said there was no apparent prior relationship between the driver and the victim.

Jackson said police are conducting interviews. They said there's no public safety risk. Police are asking anyone who was on the highway between 2:30 a.m. and 2:45 a.m. and may have witnessed the dispute inside the vehicle to contact investigators.

"We've talked to witnesses, we're looking for more. That's the one thing that I would stress," Jackson added.

Carrying a firearm is against Uber policy and the ride-sharing service says they are investigating, the station reports.