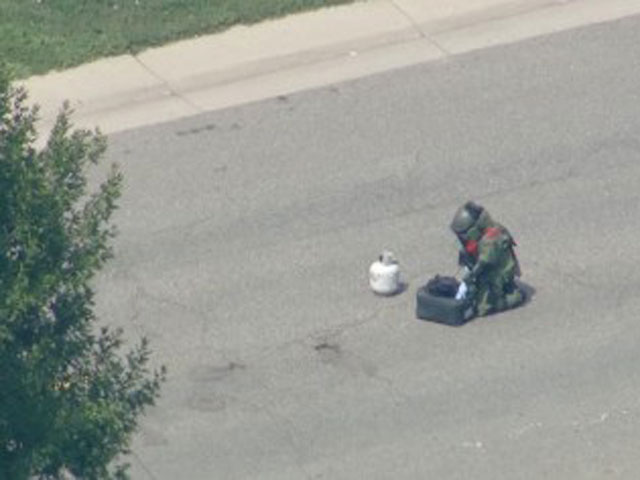 (CBS/AP) Police say a gunman in southwest Denver suspected of killing a woman and wounding another Friday was shot by police after the gunman fired at a propane tank he was carrying, and caused an explosion.

The incident began around 11 a.m. Friday. A woman was found dead in one home and a second woman was found wounded in another. Their identities haven't been released yet.

"Officers responded to the scene and approached what they thought was a possible suspect. As they were approaching the suspect fired one shot at what looked like a makeshift incendiary device which was activated," Denver Police Chief Richard White told the station. "Shortly after that one of the officers fired a shot at the suspect, hitting him in the chest area."

Police warned residents to remain inside after the man was seen walking in the neighborhood with a gun and two propane tanks. An area high school was briefly on lockdown, reports the station.

CBS Denver reports a bomb squad was searching homes in southwest Denver for devices and were working to determine if propane tanks they found in the street posed any threat.