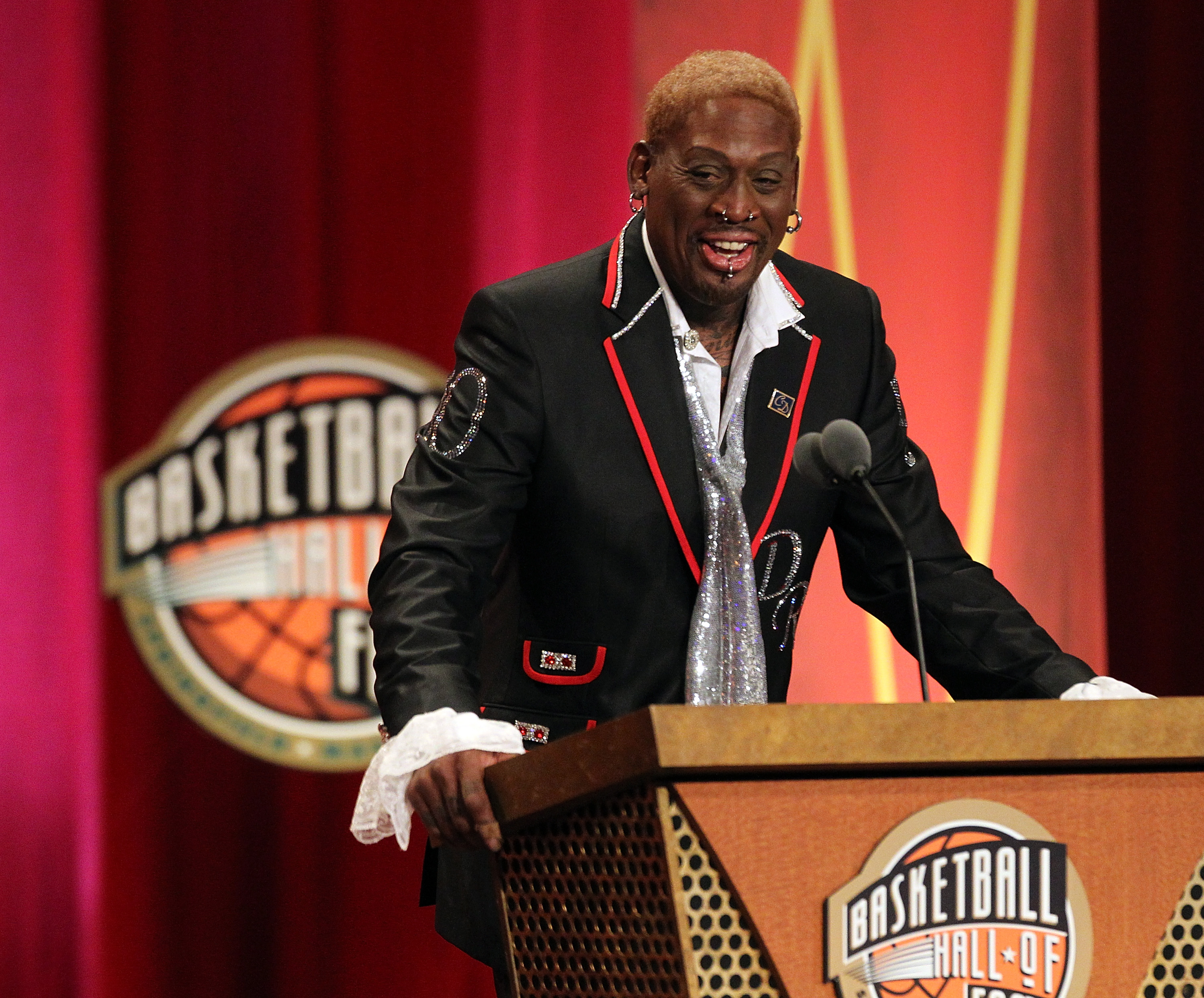 (CBS News) Dennis Rodman lost millions of dollars in fines for his transgressions during his playing days. Now the NBA Hall of Famer is allegedly broke and stands to lose his freedom.

Rodman could spend 20 days in an Orange County jail unless he comes up with $860,000 in child and spousal support he owes his ex-wife, according to the Los Angeles Times. The dominant defender and all-around bad boy, who won five championships during his 14-year career, is out of cash and ill, according to his lawyer and money manager.

"In all honesty, Dennis, although a very sweet person, is an alcoholic," said Peggy Williams, his financial advisor. "His sickness impacts his ability to get work."

Rodman, 50, is no stranger to legal trouble or sensational headlines. The player known for his multiple body piercings, flamboyant clothes and ever-changing hair color has been arrested for everything from driving drunk to assaulting his ex-fiancee to hosting loud parties. He was married to Carmen Electra, dated Madonna and appeared on "Celebrity Apprentice." He famously wore a wedding dress to promote his autobiography.

But Rodman's wild ways led to a long battle with alcoholism and he says he tried to commit suicide in 1993. He has been treated for alcoholism at least twice and appeared on "Celebrity Rehab with Dr. Drew" in 2009.

According to the Times, Rodman has spent several years trying to reconcile with his third wife Michelle, but she filed for divorce again a few weeks ago.

"This case, especially his wife filling for divorce, has put him on a binge that I have never seen before," Williams told the Times.

In addition to squandering money in his personal life (he says his lifestyle cost him $31,000 a month when he was sued for divorce in 2004), Rodman also still owes $350,000 in back taxes to California, according to the newspaper.

Rodman is hardly the first retired player to lose his fortune. According to Forbes, roughly 60 percent of former NBA players are broke within five years of retirement. However, Rodman is certainly the only one to emerge from a coffin to promote a book called "I Should Be Dead by Now."