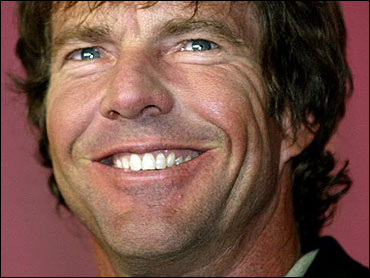 The twins will be born by another woman, although they are biologically the couple's, publicist Lisa Kasteler said.

Quaid, 53, has starred in such films as "The Right Stuff" and "Far From Heaven."

He has a son, Jack Henry, with ex-wife, Meg Ryan. Ryan adopted a daughter from China in January 2006

He is in production on the movie "The Express," Kasteler said.
View CBS News In
CBS News App Open
Chrome Safari Continue
Be the first to know
Get browser notifications for breaking news, live events, and exclusive reporting.