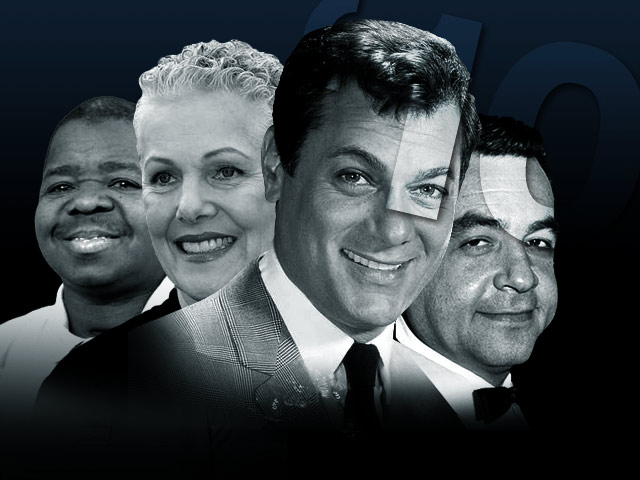 NEW YORK (CBS) Entertainment legends and a number of other high-profile people were among those the world lost in 2010.

Acting legend Dennis Hopper was also among the stars who died this year - he passed away in May, at the age of 74, after battling prostate cancer.

The world also said goodbye to two former child stars - Gary Coleman, who was beloved for his role on "Diff'rent Strokes" but suffered from a host of health and legal problems, and Corey Haim, who earned acclaim for his work in "The Lost Boys" but found his career tarnished by drug abuse.

TV fans of a certain age lost two beloved fictional parents this year. Tom Bosley, who played Mr. Cunningham on "Happy Days," passed away on Oct. 19 at the age of 83. "Leave it to Beaver" matriarch Barbara Billingsley died three days earlier, at 94.

Which entertainer will you miss the most? Share your thoughts in the comments.