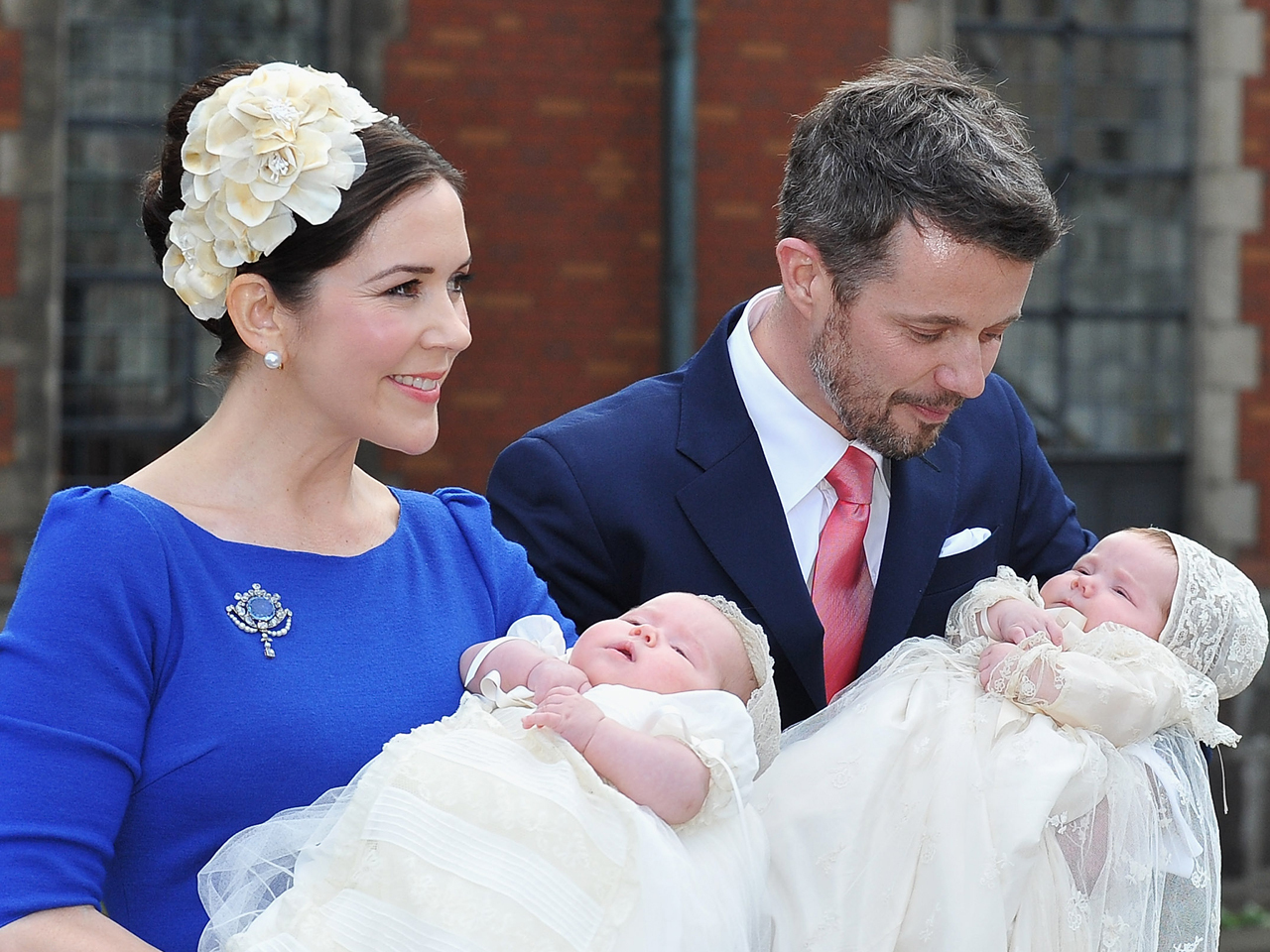 (CBS/AP) Two new members of Denmark's royal family, twins Prince Vincent and Princess Josephine, were baptized at a church in the capital on Thursday.

In line with royal tradition, the names of the three-month-old twins remained secret until the ceremony at the Holmen church in downtown Copenhagen.

Australian-born Crown Princess Mary gave birth to the twins on Jan. 8. She and husband Crown Prince Frederik have two other children: 5-year-old Christian and 3-year-old Isabella. The infant prince and princess are fourth and fifth in line to the Danish throne respectively. Their father is heir to the throne.

About 300 people attended the ceremony, including Fredrik's brother Prince Joachim and their parents Queen Margrethe and Prince Henrik. Mary's father, college professer John Donaldson, was also there with his wife, Susan Elizabeth.

The baby prince was given three other names - Frederik, Minik and Alexander - while his twin sister was named Josephine Sophia Ivalo Mathilda.

Minik and Ivalo are Greenlandic names. The crown prince has a close relationship to the semiautonomous Danish territory, and has traveled dozens of time to the Arctic island.

After the ceremony, which was broadcast live on Danish TV, the royals and guests headed for the Amalienborg Palace, home of the royal family, for a reception, and family and friends were later scheduled to attend a banquet dinner at the downtown Renaissance-style castle.