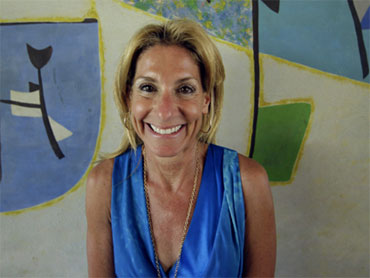 Democratic presidential candidates are in a multibillion-dollar rush to offer competing prescriptions for the nation's ailing health care system. But some party activists want them to slow down, take a breath, and remember that the issue should be used against President Bush, not each other.

Rank-and-file Democrats, in interviews around the country Tuesday, said the health care crisis is symptomatic of a sluggish economy and is a perfect issue to underscore the pitfalls of Mr. Bush's tax-cutting policies.

"If everybody had a good job where the employer provided health insurance, we wouldn't have this problem," said Jeff Link, a Democratic strategist in Iowa.

But the issue has emerged as a major policy fight among the nine Democrats pursuing the nomination. Candidates are magnifying minor differences in their plans, distorting each others' positions and expending enormous energy on short-term tactical questions that ignore their long-term goal: Defeat Bush.

"Do you need a health care plan? Yes, you do. But to win the primary, to win my vote, you've got to convince me that you can take the economic issue to the country and beat George Bush," said Kathleen Sullivan, chairwoman of the New Hampshire Democratic Party.

"You know the old saying: Can't see the forest through the trees? Well, we've got nine trees. I want somebody looking at the forest," she said.

Dean's plan will be measured against Missouri Rep. Dick Gephardt, who announced last month that he would require all employers to insure their workers. Gephardt's proposal would reimburse companies for 60 percent of their health care costs, and repeal the president's tax cuts to cover the $200 billion-plus annual cost.

There are as many as 60 million Americans who lack health insurance at some point during the course of a year, possibly millions more than when former President Clinton failed to overhaul the system in the early 1990s. Democrats are now more cautious, proposing incremental changes in the current system.

Rahm Emanuel, an Illinois congressman who served in the Clinton White House, said the issue is still potent because so many Americans have either lost health insurance or are afraid they soon won't be able to afford it.

"All candidates will be judged by the template Dick (Gephardt) laid out," said Emanuel, who has not sided with any candidate.

Gephardt, a 26-year veteran of Congress, used his first-of-the-field plan to counter critics who said he was devoid of new ideas.

With his proposal, Dean hopes to shed his image as a one-issue, anti-war candidate.

Sen. John Kerry of Massachusetts plans to differentiate himself from Gephardt and Dean by placing a heavy emphasis on containing health care costs when he unveils his plan Thursday, aides said.

Kerry's plan would cost up to $80 billion, but would include a major effort to slash into the $350 billion that is spent each year on the administrative costs of running the nation's health insurance system. He argues that administrative waste can be cut in half through "new quality and technology measures."

In addition, Kerry would seek to make prescription drugs more affordable by closing loopholes that keep generic alternatives off the market. It would be financed by repealing tax cuts that have already been approved for upper income taxpayers.

Kerry would expand federal and state premiums to cover children and low-income parents. He would offer tax credits to help small businesses and uninsured adults buy into the health care program that covers the president and Congress.

Sen. Joseph Lieberman of Connecticut will enter the health care debate May 21 in Washington when he outlines a plan to concentrate federal, private and institutional efforts on researching and curing major diseases, aides said.

In weeks to come, Sen. Bob Graham of Florida will join Dean in seeking an expansion of a program for low-income families. Sen. John Edwards of North Carolina, like Gephardt, wants to make Medicare more available and, like Kerry, will propose ways to control health care costs.

Only Rep. Dennis Kucinich of Ohio is proposing anything as sweeping as the Clinton plan. Considered a long shot for the nomination, Kucinich would transform the nation's health care system into a government-run, single-payer program.

"We must remember that the important distinction in this election isn't the details of the Democratic plans," Dean said in his Columbia University speech. "It's the distinctions between Democrats — who view this as a moral imperative — and President Bush, who for over two years has failed to address this issue."

But he didn't stop there.

The physician-turned-politician noted there were no mandates in his plan, a jab at Gephardt's bid to force companies to cover employees. "That will only lead to another decade without coverage for 41 million Americans," Dean said.

And that should be a lesson for this year's crop.

"They all need to get a leg up on the field by showing that they can take it to Bush politically as opposed to nitpicking each other's health care plans," Link said.