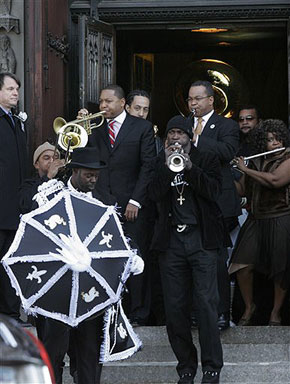 Unimpressed by Republican promises of a compassionate convention, the Democratic National Committee has launched three separate ads attacking the Bush-Cheney ticket in the last two days. Democrats are spending $3.5 million to broadcast the ads in 17 closely contested states over the next week.

The first spot to hit the airwaves was a 30-second broadside on Dick Cheney's voting record in Congress, a classic 1980's conservative record Democrats believe undermines the message of Bush as a "compassionate conservative."

"What does Cheney's record say about their plans," runs the ad. "Cheney was one of only eight members of Congress to oppose the Clean Water Act. One of the few to vote against Head Start."

The other ads, released Monday, aim squarely at the Republicans podium in Philadelphia. A 15-second spot called Texas Children declares, "Tonight in Philadelphia you'll hear a lot about 'leaving no child behind.' Meanwhile back in Texas.... George W. Bush opposed health coverage for 200,000 more children."

Republicans charge that running negative commercials during the other party's convention isn't political cricket. "To go this negative, this early, in the middle of someone else's convention, is a sign of how attack-oriented they are willing to be," said Bush spokesman Ari Fliescher. Another veteran Republican strategist and spinner called it "unprecedented."

Not quite. In fact, it's a fairly routine trick On the first day of the 1996 Democratic convention, the Republican National Committee unveiled an ad attacking Clinton's record on combating drug use. Indeed, an early version of the most famous negative ad ever - the Willie Horton ad used against Michael Dukakis in 1988 - was launched during the Democratic convention by group not formally affiliated with the Republican campaign.

And during the 1992 GOP convention, Democrats ran ads that began, "We interrupt this convention to tell you the truth…"

But Republicans continue to insist that they won't retaliate, and that the convention will continue to avoid partisan attacks and red-meat rhetoric. As the convention began, several national polls showed Bush's lead widening somewhat, reaffirming Republicans' confidence in their feel-good convention agenda. They did say, however, that they would monitor polls closely this week and then decide whether to fire back next week.

Even President Clinton couldn't abstain from getting a few licks on Monday.

"Their strategy is to talk about compassion and all," he said. "It's a brilliant strategy. It's a pretty package and they're hoping if they wrap it tight enough nobody will open it before Christmas."

And just to make sure that Gen Y Democrats don't get left out, the Democrats unveiled a campy, horror movie web site called "I Know What You Did In Texas."