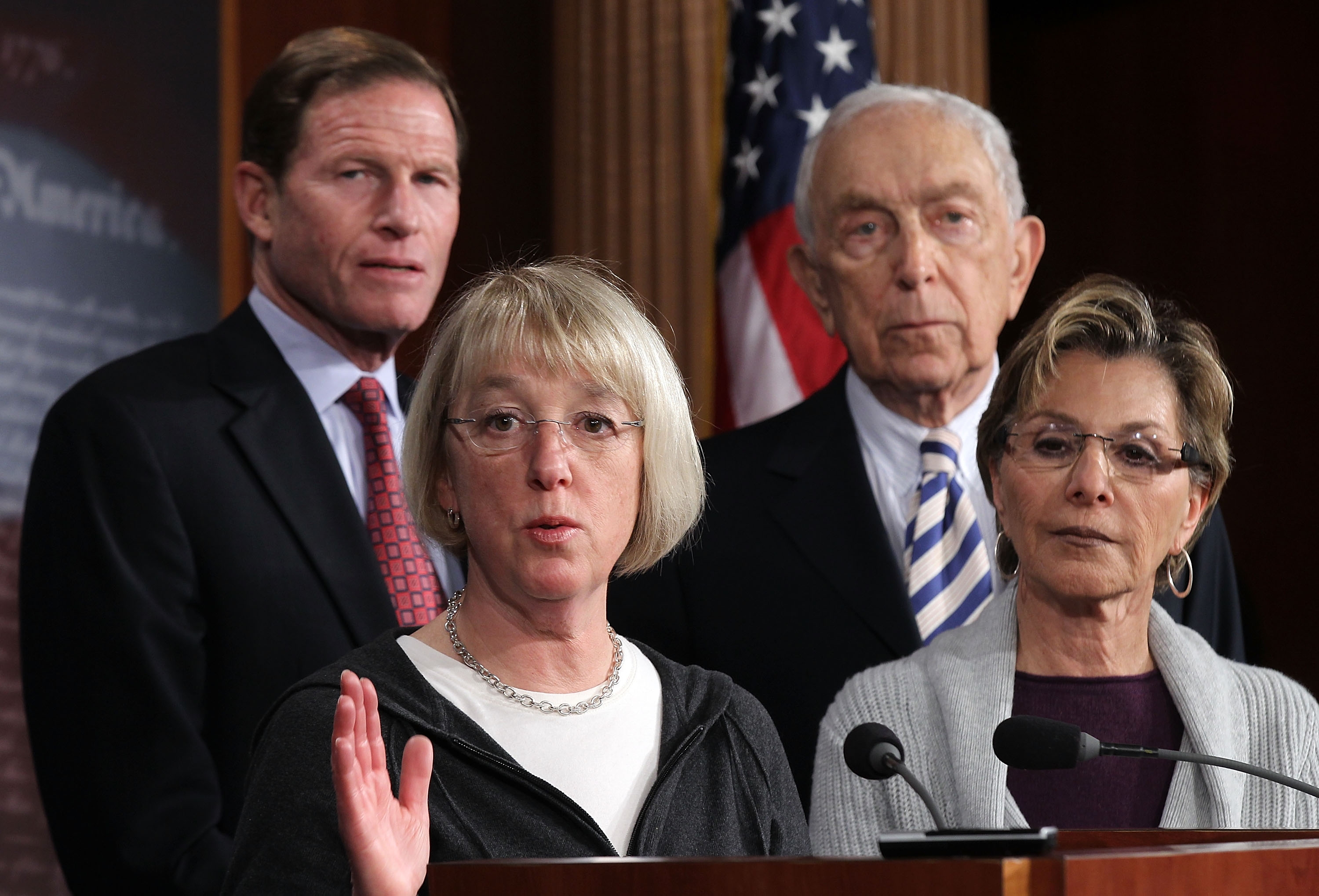 Amid a growing Republican outcry over the White House's recent decision requiring employers at religious institutions to provide health care for contraceptives, Senate Democrats on Wednesday defended the rule, blasting Republicans for making it an ideological battle and pledging to "use every legislative tool at our disposal to protect the women of America."

The Senate Democrats joined a number of liberals and women's health advocates in standing behind what is quickly becoming a hot-button issue for the White House and Republican presidential contenders alike.

"Women in this country are tired of being treated like a political football by Republicans in Congress who have tried continually and are continuing to try to take away their benefits - to take away their rights," Sen. Barbara Boxer, D-Calif., told reporters at the press conference. "We will use every legislative tool at our disposal to protect the women of America. We've done it before and we'll do it again."

The group lauded Mr. Obama for his recent decision, which guarantees employees who work at most religious institutions coverage on contraception and other preventative services through their health insurance. There is an exemption for churches and other houses of worship, as well as church-controlled organizations, according to Health and Human Services.

"It is a very serious issue: We're here to stand up for the women of America who deserve to have access to free preventative care through their health insurance, and we want to thank President Obama for making that possible," said Boxer. "It's medicine - and women deserve their medicine."

Boxer also said she had spoken recently to Obama senior campaign adviser David Axelrod, and that despite recent reports that the administration might be open to a compromise on the issue, Axelrod told her the White House "absolutely stands behind" providing women access to free contraceptive health care.

Sen. Frank Lautenberg, D-N.J., accused Republicans of exploiting Republican ideology to attack women's health, and called for an end to what he described as the "male-igarchy."

"Republican politicians need to stop meddling in the lives and the health of women in our country, and it's time to tell those Republicans, mind your own business," he said.

While Republicans argue that the new rule infringes on religious freedom, Democrats counter that no person is being forced to exert her right to use birth control, and have emphasized that churches and other similar institutions are among those who are exempt. Democrats are also quick to point out that 99 percent of women, and up to 98 percent of Catholic women, have used birth control at some point in their lives, according to two separate polls by the Guttmacher Institute.

"We want to make sure that the religious freedom of all Americans is protected and that means the women who work for institutions which serve the general public," Boxer said.

Among those who would be affected by the new rule are those who work at parochial universities and hospitals.

In remarks on the House floor Wednesday, House Speaker John Boehner demanded a reversal of the rule, and threatened to otherwise use legislative action to overturn the decision.

"My colleagues in recent days Americans of every faith and political persuasion have mobilized in an objection to a rule put forward by the Obama administration that constitutes an unambiguous attack on religious freedom in our country," Boehner said. "This rule would require faith-based employers, including Catholic charities, schools, universities and hospitals, to provide services they believe are immoral."

He added: "In imposing this requirement the federal government has drifted dangerously beyond its constitutional boundaries encroaching on religious freedom in a manner that affects millions of Americans and harms some of our nation's most vital institutions."

White House Press Secretary Jay Carney on Wednesday said Mr. Obama was focused on "the putting in place the right policies for women across the country" and "finding a balance that is sensitive to the concerns expressed by some religious groups."

Boxer, meanwhile, vowed that she and similar-minded lawmakers would do whatever it took to make sure the new ruling stayed in place.

"This is a health benefit and everyone has a right to their view on it, but at the end of the day, we're here to say, we support the right of women in this country to have access to birth control through their insurance policies and anyone who stands in the way is going to have to deal with us."