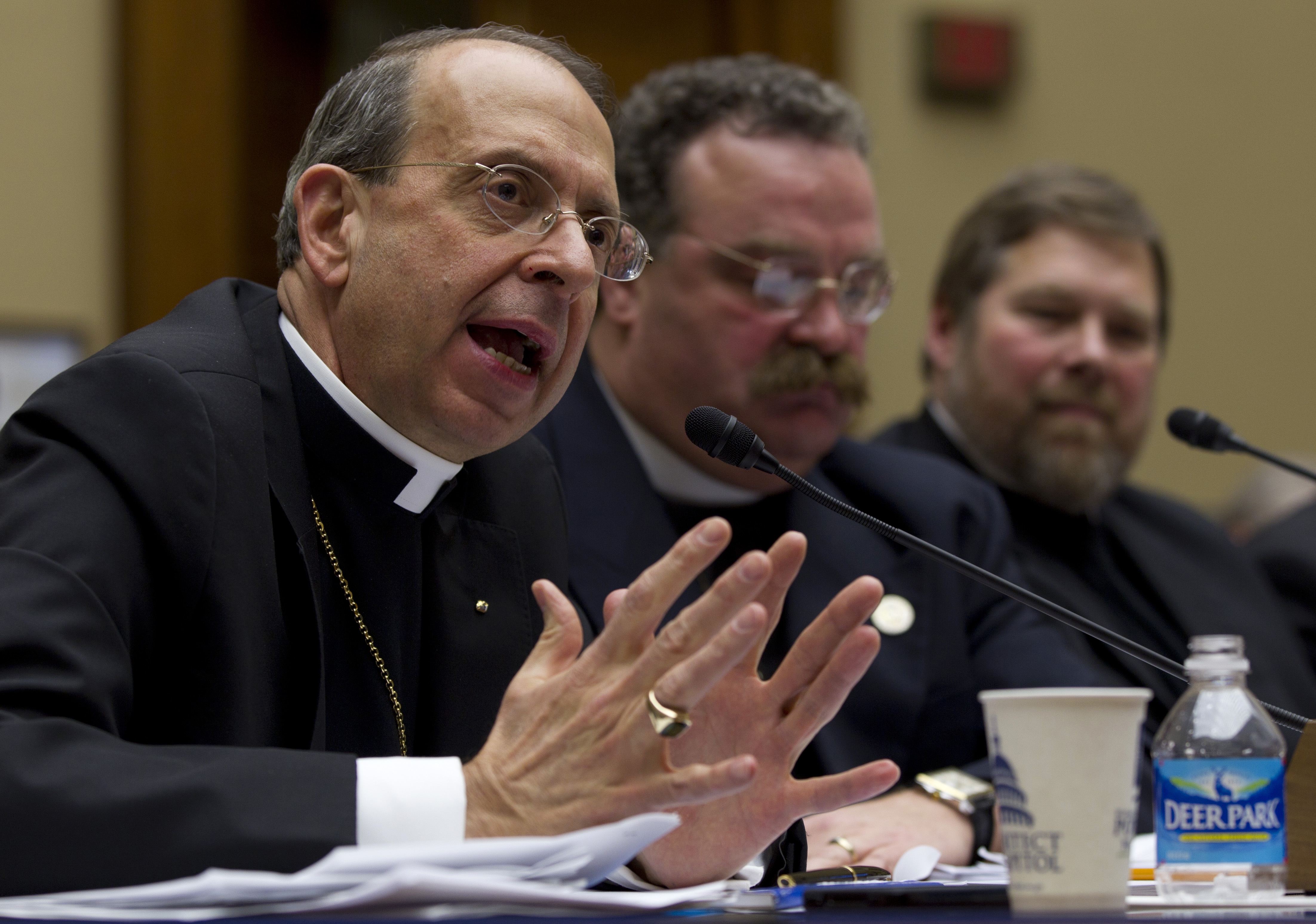 As the House Oversight and Government Reform Committee began a hearing Thursday morning on the Obama administration's rule mandating free contraceptive care for employees at religiously-affiliated institutions, New York Congresswoman Carolyn Maloney had a question for the panel: "Where are the women?" she asked.

"I look at this panel, and I don't one single individual representing the tens of millions of women across the country who want and need insurance coverage for basic preventive health care services, including family planning," Maloney said. "Where are the women?"

The hearing, entitled "Lines crossed: Separation of church and state. Has the Obama administration trampled on freedom of religion and freedom of conscience?" aimed to address the White House's ruling on contraception, and whether or not that rule infringes on religious liberty.

The panelists, all of whom opposed the White House rule, largely framed the their objections in terms of religious freedom.

In his opening remarks, Rep. Elijah Cummings, the panel's top Democrat, argued committee chair Darrell Issa had "stacked" the panel with people who reflected only the Republican perspective, and accused the committee of perpetrating a "massive injustice" by failing to include women in the discussion.

Democrats on the committee charged that Issa "personally rejected" testimony from Sandra Fluke, a woman who had hoped to tell the story of her friend, who she says lost an ovary due to a lack of contraceptive coverage.

"Your staff told us you personally rejected Ms. Fluke's testimony, saying that, quote, 'the hearing is not about reproductive rights and contraception,'" Maloney said to Issa in her opening remarks during the hearing.

"Of course this hearing is about rights -- contraception and birth control," she said. "It's about the fact that women want to have access to basic health services family planning through their health insurance plan."

Democrats on the committee also lambasted Issa for failing to include on the panel any of the religious leaders and institutions who have expressed their approval for the Obama administration's decision.

Washington D.C. Del. Eleanor Holmes Norton walked out of the hearing due to its lack of balance, telling MSNBC it was "one-sided" and a "total romp." Maloney also left the meeting at one point to attend to another obligation, but later returned and continued to participate in the discussion.

Issa said during the hearing that he had not allowed Fluke to speak because she was not "appropriate and qualified." He said, too, that if Democrats had been more prompt about their witness requests he would have allowed them to present a religious representative supportive of the White House's decision.

A spokeswoman for the committee questioned the merit of Democrats' complaints, pointing out that the second half of the hearing included two women.

"The minority is either ill informed or arrogantly dismissive of women who don't share their views," Becca Watkins told Hotsheet in an e-mail. "Today's hearing does in fact include two women, Dr. Allison Garrett of Oklahoma Christian University and Dr. Laura Champion of Calvin College Health Services."

Nevertheless, a number of those who objected to the hearing seized on the lack of women on a panel ostensibly discussing contraception.

Maloney, along with Planned Parenthood, posted a picture of the all-male panel on Twitter.

"This is what @GOPoversight's idea of expert witnesses on #birthcontrol looks like," Maloney captioned the photo, using "wherearethewomen" as a hashtag for the Tweet.

Planned Parenthood released a statement accusing leading House Republicans as being "out of touch" on women's health.

"Where are the women? How can Congress hold a hearing about birth control and not let any women speak?" said Planned Parenthood president Cecile Richards, in the statement.

Fluke, a student at Georgetown Law School, told CBS News that the lack of access to contraceptive care at the school was a major concern among women there, and that she had met several women who had personally been affected.

"I think it's touched every woman at Georgetown," she said. "It's something that we really struggle with in our daily lives."

Toward the end of the first panel, Rabbi Soloveichik denied that he and his fellow panelists had come to advance a partisan message.

"The notion that we're here to push a political agenda could not be more untrue," he said. "We all as Americans care about liberty and equality as the two great pillars of what America is all about."