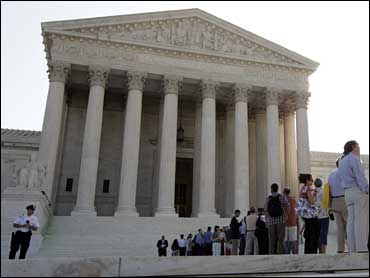 This column was written by Jeffrey Rosen.

As Democrats dream about the possibility of retaking the White House in 2008, they are also fantasizing about their first Supreme Court appointments since 1994. But the bench of potential candidates is surprisingly thin. For several decades, presidents have drawn their Supreme Court nominees from the ranks of appellate judges appointed by previous presidents of the same party. And, because the Democrats have been out of the White House for two terms, most of the sitting Democratic appellate judges are too old to be considered plausible Supreme Court candidates. For this reason, a President Barack Obama or Hillary Clinton might have to look for candidates in unexpected places.

When it comes to Hispanic judges, the numbers aren't much better for the Democrats: Seven out of 57, or 12 percent, of sitting Clinton appointments are Hispanic, with an average age of 60. It's true that there are two relatively young female Hispanic circuit judges appointed by Clinton - Sonia Sotomayor and Kim Wardlaw, both 53 years old at the moment, although likely over 55 at the time of a potential Supreme Court vacancy. The Republican attack machine has long been gunning for Sotomayor, attacking her as a liberal activist even though she was appointed to the federal district court by the first President Bush. In fact, both Sotomayor and Wardlaw are accomplished candidates and deserve to be seriously considered. But the next Democratic president may prefer to choose nominees in their forties.

That leaves a limited number of options. Since all of the current justices previously served on appellate courts, the next Democratic president could follow the strategy George W. Bush pursued with John Roberts - choosing a distinguished lawyer in private practice and appointing her first to an appellate court and then to the Supreme Court. A Democratic, female John Roberts would be a highly respected Democratic Supreme Court advocate, and the clear front-runner in that category is Beth S. Brinkmann, 49, a partner at Morrison & Foerster who has argued more than 20 cases before the Court. A lawyer like Brinkmann - moderate, pragmatic, and pro-business - would have no trouble being confirmed to an appellate courtship, but there might not be enough time to get her through: Bush was able to promote Roberts from private practice only because there were no Supreme Court vacancies in his first term. A Democratic president may not have this luxury.

If there's no time to appoint a respected Supreme Court advocate like Brinkmann to an appellate court, the next president could try to appoint her directly from private practice. (The last lawyer to be appointed directly from practice to the Court was Lewis Powell in 1971.) But a choice like this might be controversial among Democratic activists in the John Edwards wing of the party, who feel the current Democratic justices are already too sympathetic to business. The statistics here bear them out. On the Roberts Court, both Democratic and Republican justices have been remarkably pro-business: The Chamber of Commerce won 13 of the 15 cases in which it filed friend-of-the-court briefs last year, many by near-unanimous margins. In light of this, some Democratic interest groups may prefer a more populist candidate without an extensive resume as a corporate lawyer. Despite Brinkmann's impressive resume as a clerk to Harry Blackmun and a former federal public defender, the interest groups might be reluctant to support her because of her presumed pro-business sympathies. Obama might be especially receptive to these populist criticisms: He attacked the nomination of Leslie Southwick to the Fifth Circuit Court of Appeals because, after reviewing thousands of his opinions, Obama couldn't find a single case involving a non-unanimous verdict in which Southwick sided with a civil rights plaintiff.

Another possibility would be for the next Democrat to appoint a legal academic. Law professors at the moment don't have a great reputation as potential justices: Roberts has observed that former law professors have made the worst chief justices because they are more devoted to their own pet theories and to ideological purity than to making pragmatic compromises in the interest of the Court as a whole. Along the same lines, Senator Joseph Biden said in the November 15 Democratic debate at the University of Nevada, Las Vegas, that there are "enough professors on the bench. I want someone who ran for dogcatcher...someone who...knew what it was like to live life." Putting the point more broadly, Obama said he would seek to appoint "people who have life experience, and ... understand what it means to be on the outside." Nevertheless, Bill Clinton, who initially said he wanted to appoint a justice with a "big heart," ended up making the safer choice by appointing two former law professors, Stephen Breyer and Ruth Bader Ginsburg. But both Ginsburg and Breyer had extensive records as appellate judges; it would be much harder, in the current political climate, which does not favor risk-taking on untested candidates, to appoint someone directly from the academy - even a moderate candidate like Elena Kagan, the dean of Harvard Law School, who is respected on both sides of the aisle. It might be necessary to put Kagan on an appellate court for a year or two, though she might have even more trouble being confirmed quickly than a corporate lawyer: Kagan was nominated to the D.C. Circuit at the end of the last Clinton administration and never got a hearing.

That leaves only one other category of potential Democratic justices: current and former politicians. There's much to be said for putting a politician on the Court: A majority of justices on the Court that decided Brown v. Board of Education had a background in elected politics, as opposed to no members of the Roberts Court. And, over the course of history, former politicians have made not only the best chief justices - think of John Marshall, Charles Evans Hughes, and Earl Warren - but also some of the most effective associate justices. (Hugo Black is the model here.) Politicians, at least the smart ones, tend to be more pragmatic than ideological and, for this reason, have been well positioned on the Court to build majorities and transform the Court in their own image.

The current justices, though, are a group of technically accomplished lawyers, and, in order to be their intellectual match, any Democratic justice appointed from politics would have to be book smart as well as a ruthlessly determined politician. All of which means that the next Democratic president may have only one obvious candidate for the first Supreme Court vacancy: Once Obama has beaten Clinton, or vice versa, and gone on to the White House, the winner can appoint the loser to the Supreme Court.
By Jeffrey Rosen
If you like this article, go to www.tnr.com, which breaks down today's top stories and offers nearly 100 years of news, opinion and analysis 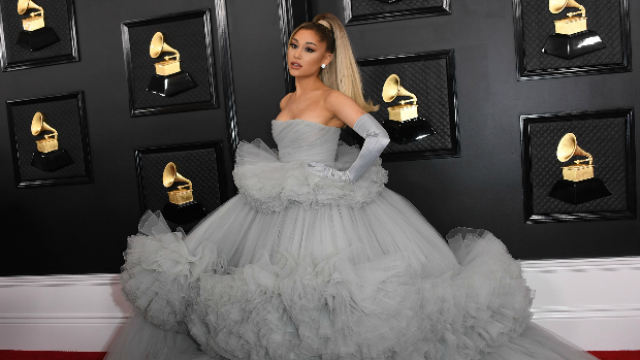