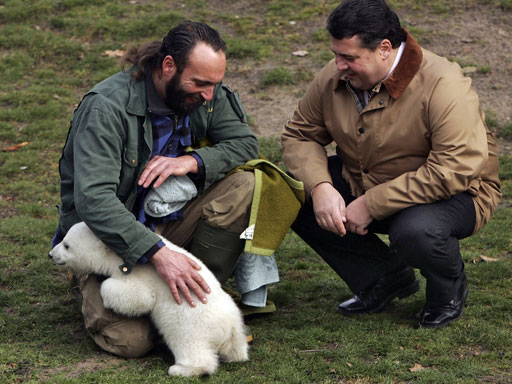 Police fired water cannons and tear gas to break up demonstrating students in two cities, while thousands marched peacefully in two other cities Friday as the fallout from a corruption scandal involving President Abdurrahman Wahid continued to grip Indonesia.

In the capital Jakarta, police fired tear gas to disperse around 1,000 students throwing Molotov cocktails and rocks at an office of the former ruling Golkar political party in, witnesses said.

The students were demanding the execution of former dictator Suharto and the dissolution of his Golkar party, whose offices have come under sustained attack by Wahid supporters since the party backed a Feb. 1 censure motion against the embattled president.

Witnesses said that four of the protesting students, who eventually dispersed, were arrested. The witnesses said they saw least six students injured, beaten by police.

Earlier on Friday in Yogyakarta, police fired water cannons at around 100 students protesting against Wahid by blocking the entrance to a university there.

The students were part of a group of up to 3,000 who had formed a cordon around Gajah Mada University, during a visit by Wahid to the city. Witnesses said the protesters believed that Wahid would visit the university campus, prompting their blockade of all entrances.

Wahid was to have met with professors at the university, one of the country's most prestigious, but canceled at the last minute on the advice of university officials.

"The president rejected the police's offer to break up the protesters and said that we must respect their right to express their opinions," presidential spokesman Adhi Massardi said.

Also Friday, about 3,000 people demonstrated peacefully outside the local government building in Makassar, about 780 miles northeast of Jakarta. And in the country's second largest city of Surabaya, 2,000 anti-Wahid demonstrators marched peacefully through the downtown area.

It was the latest violence to hit Indonesia, the world's fourth most populous nation and largest Muslim country. Indonesia has lurched into renewed political chaos since parliament censured Wahid for acting improperly over two financial scandals.

Wahid is resisting calls for him to step aside over his alleged involvement in two multi-million dollar graft scandals.

One case concerns a $2 million aid donation from the sultan of neighboring oil-rich Brunei. The other centers on the alleged theft of $4 million from the state's main food agency by Wahid's masseur and business partner.

Wahid's supporters in East Java, his political heartland, have held almost daily and often-violent protests since parliament censured him.

The rebuke, which could lead to Wahid's impeachment, has dragged Indonesia into a fresh political quagmire and undermined stumbling attempts to embrace democracy after three decades of iron rule under former President Suharto.

In yet another protest, politicians from the eastern city of Makassa handed more than 100 official photographs of Wahid that had been ripped down from local government offices and shops to members of the parliament in Jakarta.

It is a tradition across Indonesia for all government offices to display pictures of the president and vice-president.

One local member of parliament who delivered the pictures told reporters that locals in Makassar, capital of South Sulawesi province, were fed up with the Muslim cleric.

In yet another blow for Wahid's stumbling administration, a key suspect in a car bomb attack on the Jakarta Stock Exchange last September, escaped from jail. The blast killed 15 people.

Police said Ibrahim Ahmad Abdul Wahab fled Jakarta's Cipinang jail by using rope to scale a wall. He was one of several suspects in custody over the attack. None has appeared in court.

"Ibrahim is among the main suspects. We will chase him," said Jakarta police spokesman Anton Bahrul Alam.

The younger Suharto was sentenced to 18 months in jail for graft last September. Since seeking a presidential pardon, which was rejected, Tommy has eluded a nationwide manhunt.