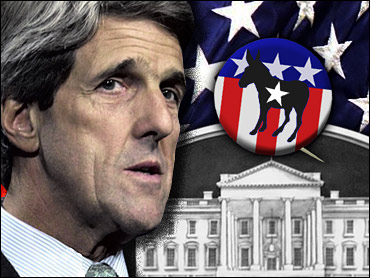 
This year's presidential election will feature, by most counts, an unprecedented amount of money raised, advertisements produced and miles traveled. But perhaps more surprising, the 2004 election is also expected to feature an unheard of level of cooperation within a usually fractious party: the Democrats.

Under the name of America Votes, a diverse group of labor unions, issue advocacy groups, voter mobilization organizations and media firms are joining together to help elect Democrats in November. Sarah Leonard, spokesperson for America Votes says, "This is an unprecedented level of cooperation for Democrats and an unprecedented level of cooperation among grassroots organizations."

Every two weeks, about 60 people, including executive directors and political directors, meet (usually in Washington, D.C.) to discuss the America Votes plan and the progress each group is making.

This represents a conglomeration of 527, 501(c)3 and 501(c)4 groups, which are able to raise and spend money with very few restrictions. And with its member groups combining budget resources of well over $200 million, America Votes has launched a unique grassroots collaboration. While campaign finance law prohibits these groups from coordinating with the Kerry campaign, they are more than partial to the Democratic Party. And these groups "can do whatever they like in terms of coordinating amongst themselves," says Derek Willis of Center for Public Integrity.

America Votes itself is a lean umbrella operation, aimed at coordinating its member groups' activities. But the member groups themselves are anything but lean.

The ACT voter mobilization effort, for example, now employs over 1,000 people in 17 battleground states: Arizona, Arkansas, Florida, Iowa, Maine, Michigan, Minnesota, Missouri, Nevada, New Hampshire, New Mexico, Ohio, Oregon, Pennsylvania, Tennessee, Washington, West Virginia and Wisconsin. Each state has a state director, a canvassing/field director, a communications director and a number of regional coordinators and canvassers. According to someone familiar with the organization, some states are projecting staffs, including canvassers, of several hundred by September. Across the 17 states, ACT's efforts could reach into the thousands. But simply, Leonard says, "No one has run a $95 million field program before."

Another advantage of the America Votes coalition is that it reaches new voters while avoiding duplicating efforts, explains Chuck Porcari, communications director of the League of Conservation Voters. LCV is running its Environmental Victory Project this year in four states – Florida, New Mexico, Oregon and Wisconsin – a "targeted effort towards swing voters." As Porcari says, "no one assigned us those states, but this way we won't be stepping on anyone's toes."

Adds Seth Kilbourn, national field director for the Human Rights Campaign, "We are sharing in detail our plans, identifying who we are talking to, adding to the mix of those who will be voting the fall. … This is going to be a truly coordinated effort on the ground." HRC's efforts, communicating with 1.2 million voters in Missouri, New Mexico, Nevada and Wisconsin, Kilbourn says, "is bringing to the table the gay and lesbian vote."

Concludes Greg Moore, executive director of the NAACP National Voter Fund, "we want to make sure there's enough efforts but that no one is duplicating efforts."

Beyond money and organization, various members of the America Votes coalition are employing new technology to reach voters. ACT and EMILY's List, a group that helps fund pro-choice Democratic women candidates, are using canvassers armed with Palm Pilots, which then "hot sync" with a huge online database of Democrats. This allows canvassers to visit an individual voter, find out if he/she is registered, conduct a short survey to determine the voter's priorities and determine the likelihood of his/her voting. Explains Karen White, national political director at EMILY's List, "The main advantage is the efficiency, the quick turnaround, and the ability to identify each voter by what's important to them."

This information is then uploaded into a database that helps EMILY's List, and other members of the coalition, "start a dialogue" with the voter on the issues most likely to resonate. The follow-up could be via canvasser, direct mail or phone bank. Says White: "We know what undecideds are interested in, so you can go back to them with about the issue they expressed ... This has improved our efficiency and our capability tenfold." The result, America Votes hopes, is an "effective and efficient" voter mobilization operation.

With the presidential election now only five months away, the America Votes coalition is moving into high gear. LCV started canvassing this week, ACT is up and running in all 17 states, the Media Fund has been on the air since March and EMILY's List is celebrating a successful primary operation in Pennsylvania's 13th Congressional district. Most of the other groups are also either moving or soon to begin. Says Leonard, "Democrats are very excited about our chances in elections up and down the ticket." The challenge for America Votes is now to use its resources, organization and technology to turn that excitement into votes.