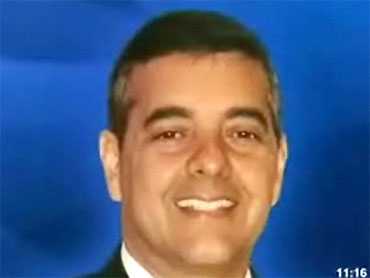 Democrats have a fairly short list of House seats that they are confident could go from Red to Blue this November. But they believe the race in Miami's 25th district is starting to look like a prime target since the Republicans' likely nominee, state Rep. David Rivera, is mired in controversy.

Trouble for Rivera began earlier this week when the Miami CBS affiliate and the Miami Herald uncovered possible allegations of domestic violence from the 1990's and a police report from 2002 showing that Rivera was involved in a traffic accident where he ran into a truck full of his campaign opponent's fliers, allegedly to prevent the driver from getting to the post office in time to mail them.

Rivera put out a statement denying that he is the same David Rivera involved in the domestic dispute.

"In my 2010 campaign for Congress, some of my opponents have tried to use these same false allegations from 2002 to libel, slander and defame my character" the statement reads. "While I find it offensive to even dignify these false allegations with any response at all, let me be clear: The 1994 case has absolutely nothing to do with me. I am not the David Rivera in that case and to suggest otherwise is a blatant and shameful lie."

The mother of the woman involved in the domestic violence dispute, who reportedly once worked for Rivera, also put out a statement slamming likely Democratic nominee Joe Garcia for attacking Rivera and spreading lies.

"The next time Joe Garcia wants to denigrate a woman's reputation just for his selfish political purposes, he'd better leave my daughter and my family out of his repulsive tactics," she said. Garcia's team says it has not focused on the domestic violence charges.

The Democratic Congressional Campaign Committee jumped on the Rivera scandals to paint other Republican candidates and the GOP leadership as extreme.

Rivera is part of the GOP's "Young Guns" program. It's a national program meant to highlight and support new Republican candidates who've shown fundraising abilities and strong potential to win.

NRCC spokeswoman Joanna Burgos emailed a statement to CBS News saying Democratic attacks are an attempt to change the subject.

"These false attacks shouldn't come as a surprise since Democrats in Washington will do anything to distract from the unacceptably high unemployment rate and massive deficits and debt they have created," Burgos said.