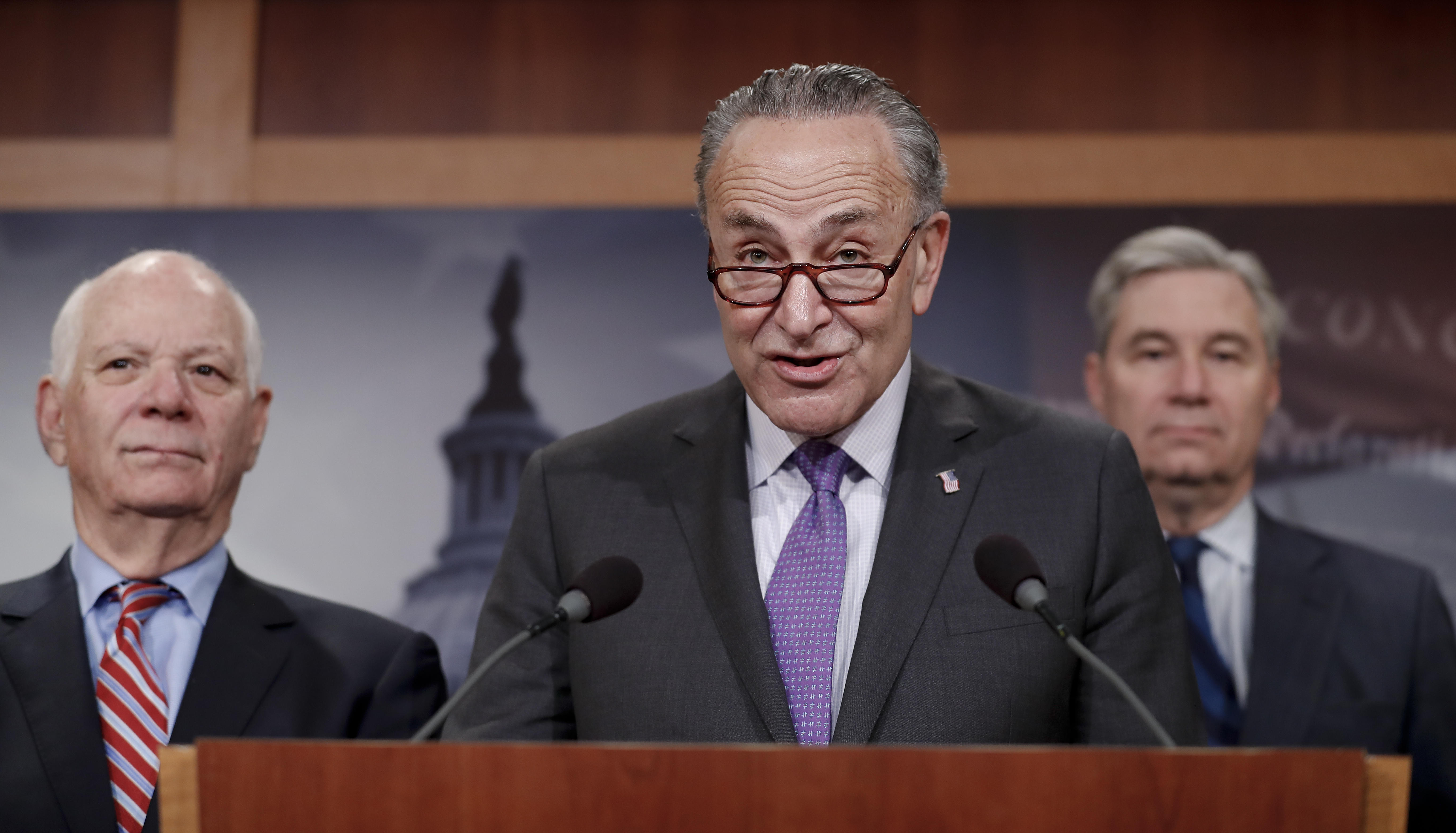 Senate Democrats plan to slow down work in the upper chamber in an effort aimed at drawing attention to Republicans' secret negotiations to craft legislation to repeal and replace Obamacare.

A senior aide told CBS News' Steven Portnoy that Democrats will begin a series of parliamentary moves at 4 p.m. ET Monday in an effort to slow the Senate agenda. Democrats plan to object to all requests for unanimous consent and they plan to make their own consent requests to move the health care negotiations into committee where the conversation can take place publicly.

Democrats intend to hold the floor until late into the evening Monday, making a series of speeches condemning the closed-door GOP talks.

"Republicans are drafting this bill in secret because they're ashamed of it, plain and simple," said Senate Minority Leader Chuck Schumer, D-New York, said through an aide, calling the actions tonight "merely the first steps we're prepared to take in order to shine a light on this shameful Trumpcare bill."

"If Republicans won't relent and debate their health care bill in the open for the American people to see, then they shouldn't expect business as usual in the Senate," Schumer added.

Senate Majority Leader Mitch McConnell, R-Kentucky, has said he'd like a vote on health care by Congress's July 4 recess, but Senate Republicans have yet to release language.

On Monday, Schumer, along with Sens. Ron Wyden, D-Oregon, Patty Murray, D-Washington and Bernie Sanders, I-Vermont, sent a letter to top Republicans asking that they schedule hearing to discuss, debate and hear testimony about "the health care bill that you are currently drafting in secret." They then listed all of the rooms available in Senate Office buildings for them to schedule a health care hearing.