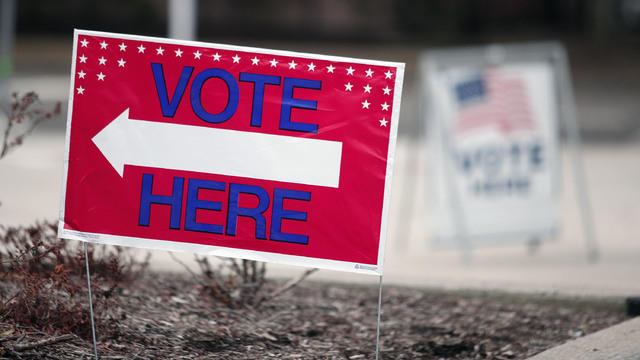 A single-payer health care advocate in South Texas. A gun restriction supporter in Dallas. Cheerleaders in Arkansas and Iowa for public option health care. Weeks into the primary season, Democrats' midterm class is shaping up to test what liberal messages the party can sell to the moderate and GOP-leaning voters who will help determine control of the House after the November election.

It's not one size fits all, with every candidate checking every box wanted by the activists driving the opposition to President Donald Trump and the GOP Congress, and Democratic voters typically aren't tapping the most liberal choices in targeted districts. But, taken together, the crop of nominees is trending more liberal than many of the "Blue Dog" Democrats swept away in Republicans' 2010 midterm romp.

That means voters now represented by a Republican will be asked to consider some or all of the mainstream Democratic priorities that may have been considered "too liberal" in the past: more government involvement in health insurance, tighter gun laws, a path to citizenship for people in the country illegally, reversing parts of the GOP tax law, support for LGBTQ rights.

"You have ballpark 60 districts as diverse as Kansas and Staten Island. One bumper-sticker message will be self-defeating," said former congressman Steve Israel of New York, who led Democrats' national House campaign in 2012.

The question is whether that path results in Democrats gaining the 23 new seats they need for a majority.

Israel disputes that the current slate represents an overall leftward shift, and national party leaders have still angered liberals with some of their recruitment choices.

Still, resistance leaders are confident of their influence. "We are seeing grassroots action and organizing in a meaningful way," said Maria Urbina, national political director of Indivisible, founded after Trump's 2016 election. "We see the party apparatus coming in behind some of this action on the ground."

To be clear, not every surviving candidate is a carbon copy of Bernie Sanders, the 2016 presidential candidate whose insurgent campaign emboldened the left with his calls for universal health insurance, a $15-hour minimum wage and tuition-free college. But the influence of Sanders' inspired base is palpable, as winning nominees have adopted pieces, if not the whole, of an agenda that has become more typical within the party since it lost the House majority eight years ago.

At least to date, it's staved off a Democratic version of the 2010 tea party rise, when GOP leaders, even as they marched in lockstep opposition to then-President Barack Obama, watched archconservative outsiders defeat incumbent Republicans and fundamentally reshape the party's identity on Capitol Hill. The Democratic path seems to be more incremental evolution.

A key indicator is the Democratic Congressional Campaign Committee's "Red to Blue" program, the party's top candidates for flipping Republican seats. Twenty candidates with that designation have faced primaries already; only one of them — among the party's most conservative choices — has lost. (About two dozen more Red to Blue candidates have upcoming primaries, and the DCCC could add to its list.)

On health care, at least two of the Red to Blue hopefuls past their primaries call explicitly for a single-payer, government health insurance system, four more want a government-run public option, and several others generically call for expanded coverage under the Democrats' 2010 health insurance overhaul. Eighteen were endorsed by End Citizens United, signifying their pledges to block corporations and wealthy individuals from spending unlimited amounts on campaigns.

A leftward shift on health care is clear in Arkansas, where state Rep. Clarke Tucker dominated a primary as the more centrist choice — he's among the Democrats saying he wouldn't back California's Nancy Pelosi for speaker — in a congressional district Trump won by almost 21 points.

A cancer survivor, Tucker does not support single-payer, but he does say all Americans, regardless of age, should be able to buy Medicare coverage. That's quite a leap from 2010, when then-Sen. Blanche Lincoln, a self-declared Arkansas centrist, joined other moderate Democrats to back the Affordable Care Act only after a public option was scrapped. She lost her 2010 re-election bid in a 21-point landslide anyway.

"I know that with a bold progressive agenda and with the continued mobilization of the progressive base in California 49, we're going to win come November," Levin said.

In some instances, the liberal arguments come from candidates who can sell themselves as trustworthy messengers, even if the message is stereotyped as out of place.

So Abby Finkenauer in an expansive northeast Iowa district and Colin Allred in metro Dallas can forcefully advocate for ideas like paid family leave, long a goal of the American labor movement. Finkenauer plays up her working-class roots as she also stakes out liberal positions on abortion rights. Allred still looks every bit the NFL defender he was before becoming a civil rights attorney. He's outspoken about LGBTQ rights while endorsing a $15 minimum wage and a partial semi-automatic gun ban — all notable contrasts with the Republican congressman, Pete Sessions, he's trying to defeat in November.

Republicans, meanwhile, say bring it on.