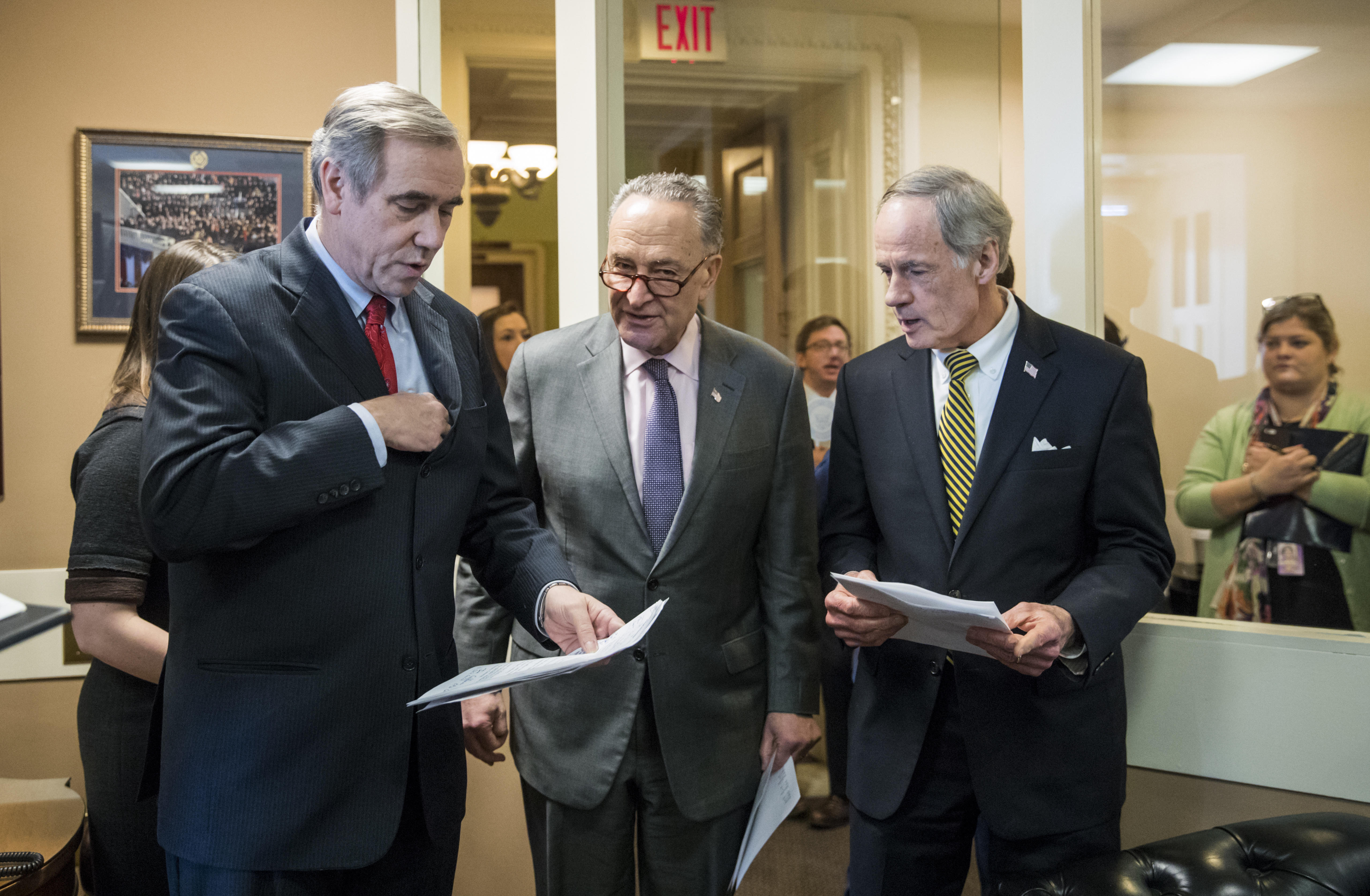 Oregon Democrat Jeff Merkley has been talking on the Senate floor in opposition to Supreme Court nominee Neil Gorsuch for several hours and plans to remain “as long as I am able.”

Merkley’s extended speech is not a filibuster and won’t delay debate or votes. It’s simply part of a Democratic effort to bring attention to the nomination.

Merkley was one of the first opponents of President Trump’s nominee, citing Republicans’ 2016 blockade of former President Barack Obama’s pick to replace the late justice Antonin Scalia. Republicans refused to hold hearings or a vote on Merrick Garland, arguing that Obama should not have named a justice in an election year.

Merkley wrote on Twitter, “This is a stolen seat that demands as robust a resistance as we can possibly mount.”

He accused Gorsuch of being a lifelong conservative who is “way outside the judicial mainstream,” one tweet read.

On the floor, he called for Republicans to delay the vote while the FBI investigates ties between Trump’s campaign and Russia.