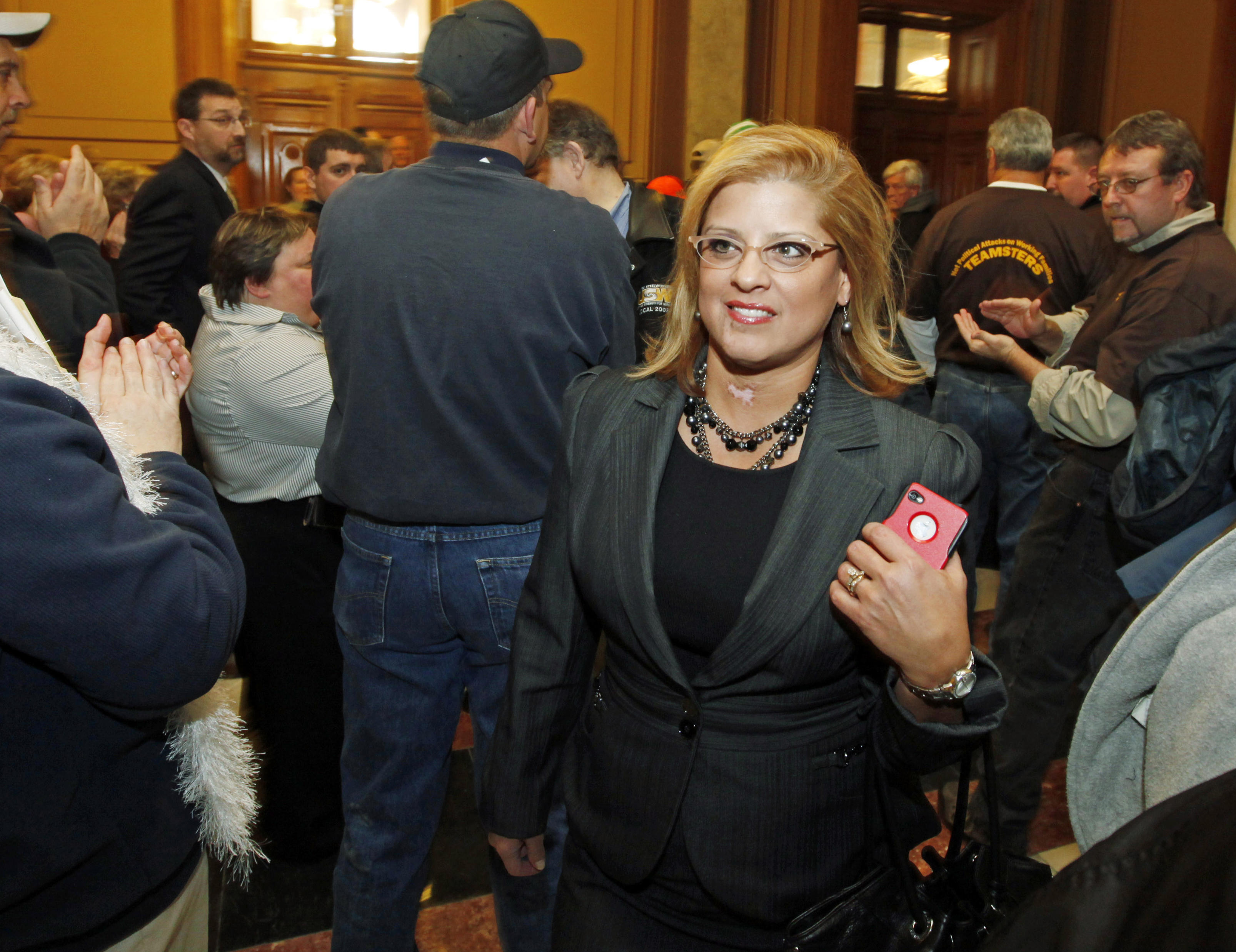 INDIANAPOLIS -- An Indiana lawmaker at the center of groping allegations lodged against Republican Attorney General Curtis Hill has come forward. Democratic state Rep. Mara Candelaria Reardon published her own account of the alleged March 15 incident, which she says occurred at an Indianapolis bar, in The (Northwest Indiana) Times newspaper.

Candelaria Reardon called on all Indiana residents of "good will" to demand Hill's resignation. She said she is speaking out now to support other women who have accused Hill of groping them that night.

"As I continue to deal with the harm perpetrated by Indiana's top law enforcement official, I must also deal with the reality that there is no process by which Curtis Hill, an independently elected official can be held accountable," she wrote. "No censure. No recall. Not even a slap on the hand."

"I speak out now, to support the other victims of Attorney General Curtis Hill, who have not yet found their voice," she added.

Hill said Friday he will not step down, despite a surge of public officials from both parties calling for the Republican to resign. The former Elkhart County prosecutor said in a defiant statement posted to Twitter Friday afternoon that he has been "falsely accused of some of the same crimes I spent 28 years prosecuting."

He called for a "thorough investigation" into the allegations against him and called them "vicious and false." Hill also said an investigation of his conduct by the Indiana Inspector General's office would not be a "fair and independent" investigation.

Earlier Friday, Indiana's government watchdog said her office is investigating claims that Hill drunkenly groped several women at the bar. Inspector General Lori Torres said Republican and Democratic leaders asked her to launch an investigation, which she said would be a "full and fair review."

The claims made against Hill were included in a confidential legislative memo that was leaked to media outlets earlier this week. The memo said four women accused Hill of inappropriate touching, including a lawmaker who said he groped her after she had told him to back off for touching her moments earlier.

Top Republican leaders in the Indiana Statehouse have called for Hill to resign after a week of negative stories drawing into question their handling of groping allegations against him.