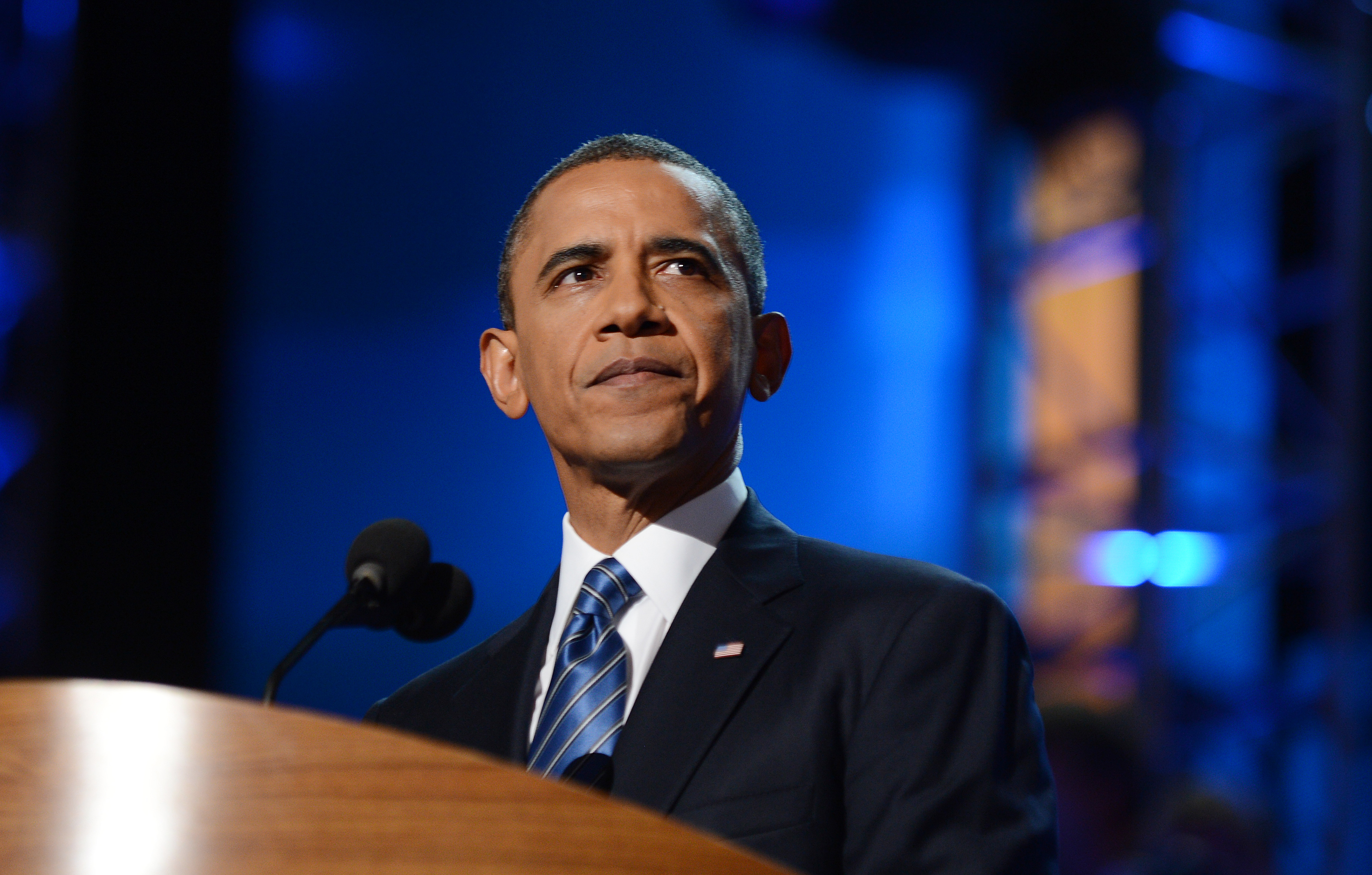 Just 16 years ago, a young state senator from Illinois decided to go to the Democratic convention at the last minute. His credit card was declined at the airport car rental counter, reports CBS News correspondent Julianna Goldman. He couldn't get a floor pass to get in, so he watched speeches from the Jumbotron outside and left days before the convention ended.

But times have certainly changed for Barack Obama.

Exactly 12 years ago, a 17-minute speech at the 2004 Democratic convention catapulted a then-state senator Barack Obama to the national stage and sparked talk of a presidential run.

"There is not a liberal America and a conservative America. There is the United States of America!" Mr. Obama said July 27, 2004.

After a hard fought 2008 primary against Hillary Clinton, Mr. Obama took to the stage again, this time to accept his party's nomination, making history as the first black presidential nominee of a major party.

"At defining moments like this one, the change we need doesn't come from Washington. Change comes to Washington!" he said during his acceptance speech.

"I think he only rehearsed it in full once and he was still writing it that afternoon because it was that important to him," former White House communications director Anita Dunn said.

On Wednesday night he'll set the stakes for this election to make the case for another history-making nominee -- Hillary Clinton.

"President Obama...will be the testimonial-in-chief," Dunn said. "He'll be the person who was against her, ran against her, defeated her, worked by her side and is now her most enthusiastic supporter."

He's a supporter who's now counting on Clinton to build on his signature accomplishments and initiatives from health care and climate change to the economy.

"My job is to make sure that when I leave this place, America is a little bit better off and it will be up to the next person to continue that process and I'll have a role to play as citizen in making sure that that arc keeps bending toward justice, because it doesn't do it on its own," Obama told John Dickerson on "Face the Nation."

The White House said Mr. Obama has been working on his speech for the past few weeks, including staying up late Monday night. While he'll look back at the last eight years, aides said he'll be more focused on why Hillary Clinton is the candidate to take the country forward.