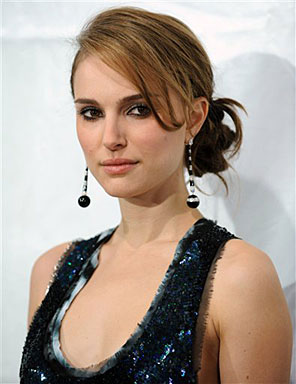 In 30-second ads, Joe Lieberman claims his record shows he has integrity, John Edwards showcases his plan to crack down on corporations, and Wesley Clark says he has the strategy for success in Iraq — echoing themes each has embraced on the campaign trail.

The three candidates are competing in the Granite State's Jan. 27 primary in hopes of gaining momentum heading into multistate contests on Feb. 3.

A New Hampshire poll released Wednesday by television stations WMUR in Manchester and WCVB in Boston shows Dean having the support of 46 percent of likely voters and Sen. John Kerry with 17 percent. Clark, Lieberman and Edwards trailed them.

Democratic presidential candidates have spent more than $3 million so far on advertising in markets that reach New Hampshire voters. That's about half of what they have poured into Iowa, which holds its caucuses Jan. 19. However, spending likely will intensify in New Hampshire as the primary moves closer.

In Lieberman's ad, the Connecticut senator continues to make his case that he is the candidate with the most moral certitude. Using clips of his town hall meeting in New Hampshire last week, the ad identifies him as one of America's "strongest environmental leaders" and a consistent "champion of a woman's right to choose" and an "opponent of discrimination."

Edwards, in his ad, assails President Bush for being on the side of corporate interests. "I mean really, if somebody goes down to the grocery store and steals a half-gallon of milk they end up in jail. But here we go with George Bush's friends. Get in trouble, they don't go to jail," the North Carolina senator says in his ad.

Clark's new spot will begin airing Thursday. In it, campaign advisers say, the retired Army general from Arkansas talks about how there needs to be a strategy that ensures success in Iraq and says that while others discuss foreign policy, he's actually been involved in it in his career.

Meanwhile, some campaigns criticized ads being run by a group called Americans for Jobs, Healthcare and Progressive Values, not for the ads' message — that Dean doesn't have the national security experience needed to be president — but rather for its use of bin Laden.

Kerry, campaigning in New Hampshire, said the ad should be pulled.

"But that said, I've said repeatedly that this is not the time for untested leadership," the senator from Massachusetts said.

Mandy Grunwald, Lieberman's media consultant, and Brian Hardwick, Lieberman's deputy campaign director, called the ad "over the top" for using a picture of bin Laden to try to evoke fear. But they said its message is consistent with what Lieberman has asserted about Dean's ability.

Dean campaign manager Joe Trippi said Wednesday he sent a letter to rival Dick Gephardt, questioning whether Gephardt's team is coordinating the attacks with the group, which would be illegal.

Several labor unions that endorsed Gephardt have donated thousands of dollars to the group, whose two top officials have ties to Gephardt.

"The ads are despicable and we ought to ask for the refund," said Rick Sloan, a spokesman for the International Association of Machinists, which gave $50,000 to the AJHPV. "They've done more to damage Dick Gephardt than anything any of his opponents could have done or dreamed of doing."

Gephardt said Tuesday he had no idea who was financing the group. His campaign has said it learned about the group from news reports.

The Dean campaign has turned the attack into a fund-raising tool, asking supporters on its Web site to contribute to "show that we're going to keep fighting." Since Saturday, the plea has brought in more than $500,000.