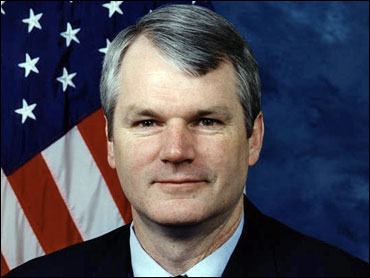 This story was written by Josephine Hearn.


It's rather lonely being Rep. Brian Baird these days. Your erstwhile allies are trashing you. Your enemies are rejoicing. Your friends can offer little more than gallows humor.

A month after Baird, a Democrat from Washington state, switched his views on Iraq and embraced President Bush's surge strategy, he remains persona non grata in many circles.

At home, he is besieged by angry protesters and hostile ads.

In the Capitol, many of his colleagues are still smarting over his turnaround, charging that it gave fodder to Republicans and undermined the Democrats' momentum to force a troop withdrawal.

"He clearly has been exploited by the administration to advance their position. I think that was very unfortunate and, frankly, misguided," said Rep. Jan Schakowsky (D-Ill.).

Taking an unpopular stand in politics is rarely simple, and it's even less so when you oppose your own party's leadership on the most divisive issue of the day.

Over the past month, Baird has had to endure a fierce reaction to his change of heart, from the chaos of a rancorous town hall meeting to the seething disapproval of Democratic leaders to the raised eyebrows of his Democratic peers.

But he remains unapologetic.

"I had seen firsthand significant changes on the ground in the region," he said in an interview, "and I felt a responsibility to state that, because it seemed like that was a perspective that was not being voiced."

But his colleagues in Congress are less convinced.

"I was just curious to know what he saw in Iraq that wasn't a dog and pony show," mused Rep. Lynn Woolsey, a California Democrat.

"I just can't see how a thinking representative can buy this president's smoke and mirrors," said Rep. Maxine Waters, another California Democrat.

Baird wrote in a Seattle Times op-ed Aug. 24 that even though "the invasion of Iraq may be one of the worst foreign policy mistakes in the history of our nation, ... a precipitous or premature withdrawal of our forces now has the potential to turn the initial errors into an even greater problem just as success looks possible."

Prior to that, Baird had been against the administration's Iraq policy.

He opposed the initial invasion in 2002 and has voted with Democratic leadership on most Iraq-related issues this year.

Baird's announcement came just as Democratic leaders and their allies were in the midst of a multipronged grass-roots effort to pressure moderate Republicans to join them.

Instead, one of the only members to switch sides was Baird - and Republicans seized on his comments to show dissension within Democratic ranks.

Earlier, Democrats had spoken of August and September as potential turning points in the Iraq debate, but few Republicans ultimately changed their positions. Now, Democrats are struggling to make their next move.

Baird said legislative tactics were the furthest thing from his mind.

"There were a few who felt I undermined the message, but I could really care less," he said Tuesday. "Some were mad at me that I was going off message. In fact, even some of the people who had been pro-war said that to me. ... They were so quickly jumping to criticism of someone with a different position. It's unfortunate that we're being driven by such an extreme wing right now."

Baird's anti-war colleagues made little effort to hide their annoyance with him. Several said they approved of the ads and protests an anti-war group had launched against him. Others lobbed the ultimate insult: He didn't matter.

Baird argued that the anti-war faction of his party allowed no room for alternate appraches.

"They are driving the agenda far too much, and it's the wrong direction for this country," he said. "We all agree that we can't stay forever there, but how we withdraw and when we withdraw and why we withdraw matters a great deal to our own security, the legacy we leave in Iraq and our public image internationally."

Baird is not the first Democrat to return from Iraq with a new viewpoint. Two years ago, Pennsylvania Rep. John P. Murtha came back and reversed his earlier support for the war.

Murtha received a hero's welcome from Democratic leaders. He got a standing ovation at the caucus meeting.

He was allowed to speak for more than 20 minutes in a momentous speech on the House floor, a place where lawmakers are often limited to only one minute.

Baird's reception was chilly. Few lawmakers have spoken to him about his change, he said. Some approached him with pointed fingers and barked, "We need to talk about this!" but never followed up.

His Washington state colleagues have offered dark humor as consolation as Baird faces a barrage of hostility from anti-war groups and lawmakers.

Baird appreciated the levity. "Even if people don't agree with me, they at least appreciate how tough it is."