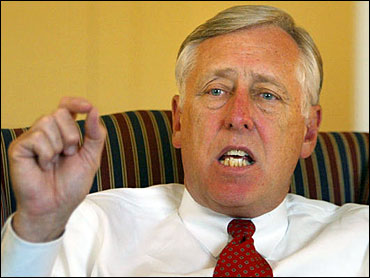 Maryland Congressman Steny Hoyer has apologized for a poor choice of words during a political rally with Democratic Senate candidate Ben Cardin on Sunday in Upper Marlboro.

Steele is black, and yesterday called the description racist and "the height of arrogance."

"It goes to just the sheer craziness of some in the Democratic Party who think they can use racist terms and infer things about me just because I'm an African American Republican," Steele said, reports The Washington Post.

The head of the National Black Church Initiative, the Reverend Anthony Evans, also condemned the remark.

Hoyer is the Number Two Democrat in the House of Representatives. In a statement yesterday, he said he should not have used the description. He added that if Steele did take offense, none was intended.

Steele began running a TV ad Tuesday that highlights the money Cardin has earned from drug, oil, and insurance companies despite his insistence that he is not beholden to special interests, the Baltimore Sun reports.