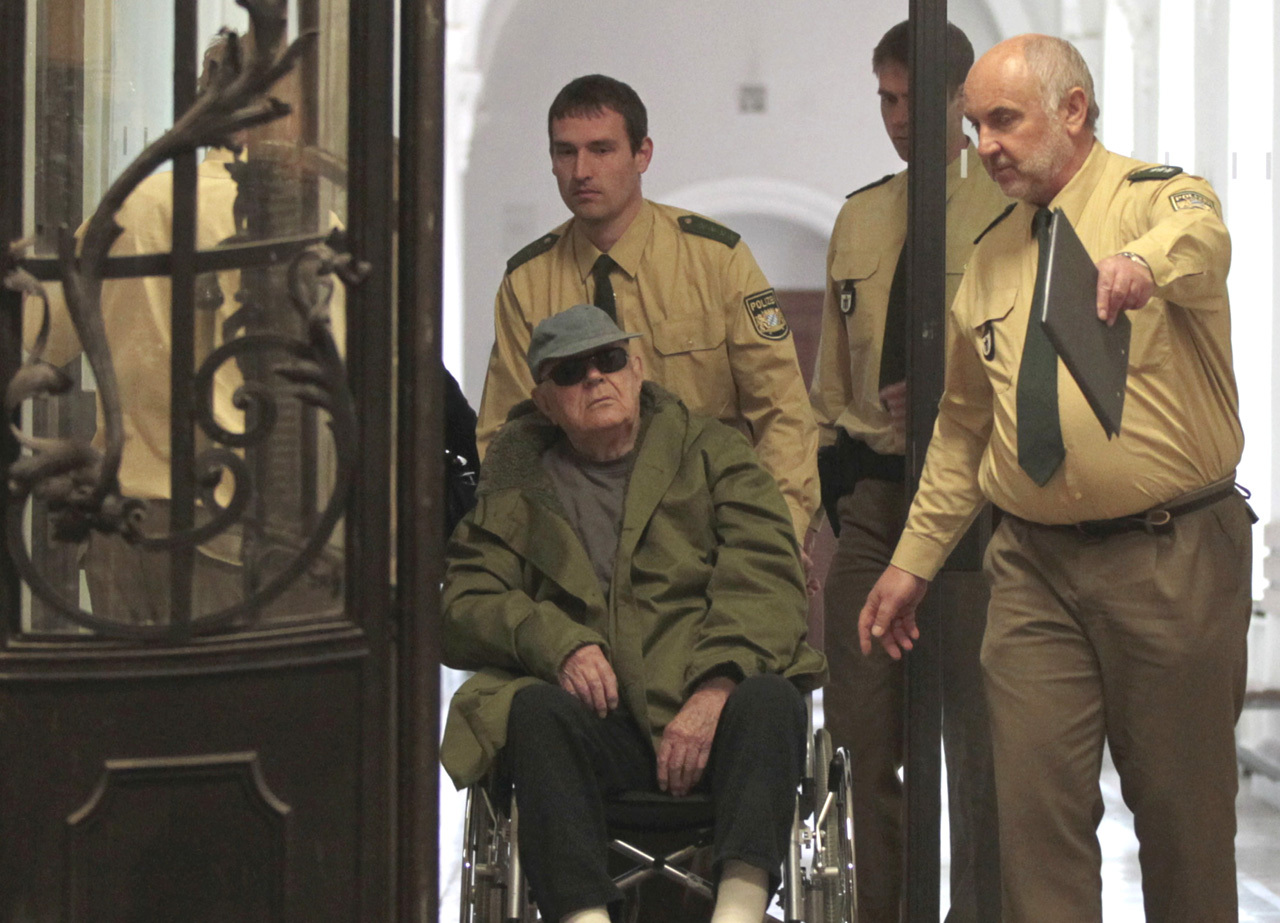 MUNICH - An attorney asked a court to suspend John Demjanjuk's trial on Nazi war crimes charges Wednesday after presenting judges with an Associated Press story that uncovered documents showing the FBI believed a key piece of evidence was fake.

A newly declassified FBI field office report from 1985 casts doubt on the authenticity of a Nazi ID card showing that Demjanjuk served as a guard at the Sobibor death camp.

Defense attorney Ulrich Busch gave AP's story from Tuesday to the judges as the trial resumed, saying he needed more time to investigate whether more such material could be found.

Busch said he needed the trial to be postponed so that he could go to the U.S. himself to look through Demjanjuk material held at the National Archives in Maryland, where the AP found the report.

The story shows "prosecutors did not introduce all the possibly exculpatory evidence from the United States here," Busch told the court. The judges made no immediate ruling on the request.

Ukrainian-born Demjanjuk, a 90-year-old retired Ohio autoworker, is accused of 28,060 counts of accessory to murder on allegations he served as a guard at Sobibor. Demjanjuk rejects the charges.

Claims that the card and other evidence against Demjanjuk are Soviet forgeries have repeatedly been made by Demjanjuk's defense attorneys. But the FBI report provides the first known confirmation that American investigators had similar doubts.

Prosecutor Hans-Joachim Lutz told the court, however, that at the time of the FBI report the identity card had not been turned over to Western investigators, but that it has subsequently been examined by several experts, all of whom have declared it to be genuine.

He said that after the AP story the U.S. Justice Department contacted him saying that he had been shown the FBI report as part of two discs of scanned confidential documents that were made available at the U.S. Consulate in Munich.

Lutz said, however, that he did not recall seeing the documents when he was at the consulate in June or July 2009 and that if he had, he must have considered them unimportant.

"And I don't see any significance now," he told the court.

But Demjanjuk's son, John Demjanjuk Jr., said at the very least the defense should have been shown the same confidential documents, and that the discovery raises the question of what other evidence could still be uncovered.

"This whole matter is a screaming siren to alert the courts in the U.S. and in Germany that the fraudulent prosecutor activity continues and the most important evidence is still hidden," he said in an e-mail.

Closing arguments were under way in the trial, which began in November 2009, and a verdict is expected next month.

Martin Haas, a Dutch Jew whose mother was killed at Sobibor, is one of about 40 relatives of Holocaust victims or survivors who have joined the trial as co-plaintiffs as is allowed under German law.

He told the court Wednesday that he wanted to see Demjanjuk convicted and sentenced to the maximum prison term possible — 15 years.

In emotional closing remarks, he addressed Demjanjuk directly saying "I accuse you ... above all of being an unrepentant coward, and an accomplice — a willing executioner — with the SS."

Demjanjuk, lying in a hospital bed in the courtroom wearing sunglasses, as he has done for most of the trial, did not react.