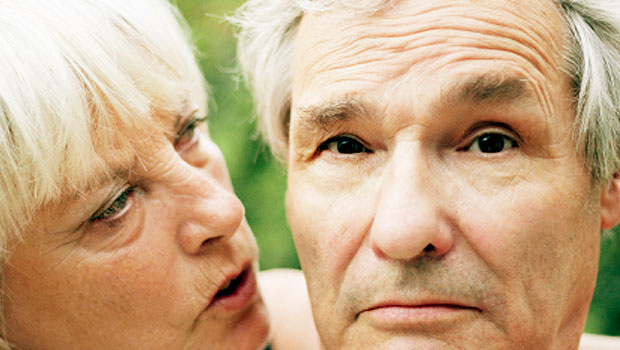 The FDA has warned that treatment with antipsychotic drugs increases the risk of death among elderly patients with dementia, and now a new study confirms that some drugs are riskier than others.

The study is by far the largest ever to examine death risk associated with antipsychotic drug use in patients with dementia. The drugs are often used to calm down dementia patients who can become agitated, sometimes to the point of violence.

Researchers from Harvard Medical School reviewed data on more than 75,400 elderly residents of nursing homes in 45 states across the U.S.

They conclude that certain antipsychotic medications may differ in the risk of death among the elderly with dementia.

The study appears today in the journal BMJ.

"Haloperidol is not used as much as it once was in these patients, but it is still used," says researcher and Harvard Medical School instructor Krista Huybrechts, PhD. "It is clear that this drug carries an increased risk for death in elderly patients with dementia and should not be used."

In 2005, the FDA warned that second-generation antipsychotic drugs, also known as atypical antipsychotics, were associated with an increased risk of death in older patients with Alzheimer's disease and other age-related dementias.

In 2008, the warning was expanded to include conventional, first-generation antipsychotic drugs.

Despite the safety concerns, both first- and second-generation antipsychotics are still prescribed for the treatment of agitated elderly dementia patients when non-medical interventions have failed, geriatrician Gisele Wolf-Klein, MD, tells WebMD.

"There is a perception that nursing homes are putting patients on these drugs to keep them quiet, but that isn't the case," she says. "When we prescribe these medications it is usually as a last resort."

The Harvard Study included elderly new users of antipsychotic drugs residing in nursing homes across the U.S. between 2001 and 2005. The antipsychotics evaluated in the study were Abilify, Geodon, Haldol, Risperdal, Seroquel, and Zyprexa.

Among the major findings:

The study is the first to suggest that Seroquel carries a lower risk for death than other second-generation antipsychotic drugs, and Huybrechts says more study is needed to confirm the finding.

While it may be that newer second-generation antipsychotic drugs carry a lower risk of death for elderly patients with dementia than the older medications, the newer drugs are not without risk and are still over-prescribed, psychiatrist Jenny McCleery, MD, of the United Kingdom's Oxford Health NHS Foundation Trust, tells WebMD.

"The use of these drugs in this patient population has been much too prevalent in the past and it still is," she says.

She tells WebMD that many conditions may contribute to agitation and aggression in patients with dementia.

"That is why it is important to conduct a full assessment to look for these causes before antipsychotic drugs are prescribed," McCleery says.