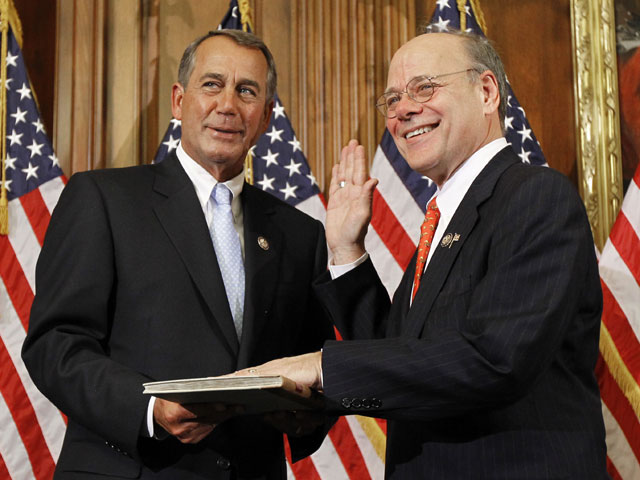 In remarks on the House floor Tuesday night, Democratic Tennessee Rep. Steve Cohen likened the Republican attack on health care reform to the propagation of false rhetoric in Nazi Germany.

Cohen, who apparently spoke to a largely empty chamber, was arguing on behalf of health care reform law during floor debate over the GOP's bill to repeal it.

"Blood libel" is a historically anti-Semetic term that was used for centuries to accuse Jews of murdering Christian children in order to use their blood in religious ceremonies. The term came back to consciousness last week when Sarah Palin accused the media of "blood libel" over blame following the Tucson shootings.

In his remarks, Cohen warned against the repetition of false information - using the Holocaust to exemplify his point. "The Germans said enough about the Jews and the people believed it and you had the Holocaust," he railed. "You tell a lie over and over again. And we've heard it on this floor: Government takeover of health care."

"We heard in August 2009 that there were death panels... Everybody agrees now that was a big lie," Cohen continued. "Just like government takeover of health care is a big lie."