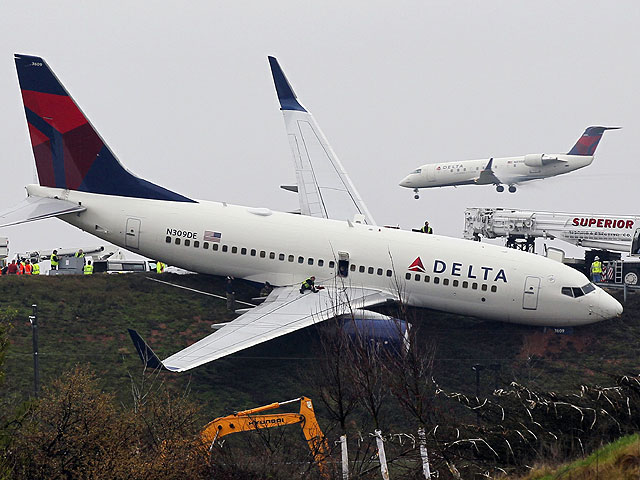 (AP) ATLANTA - Cranes are moving a jet that rolled off a taxiway and was significantly damaged at the world's busiest airport in Atlanta.

Delta Air Lines spokesman Eric Torbenson says mechanics were testing the engines of the Boeing 737 when there was a problem with the braking system around 5 a.m. Tuesday.

Federal Aviation Administration spokeswoman Kathleen Bergen says no passengers were aboard. There were two maintenance workers on the plane but no one was hurt.

Video aired by WSB-TV showed the tilted jet on an embankment.

Delta spokesman Anthony Black says the jet is going to be taken to a maintenance facility for a full structural investigation.