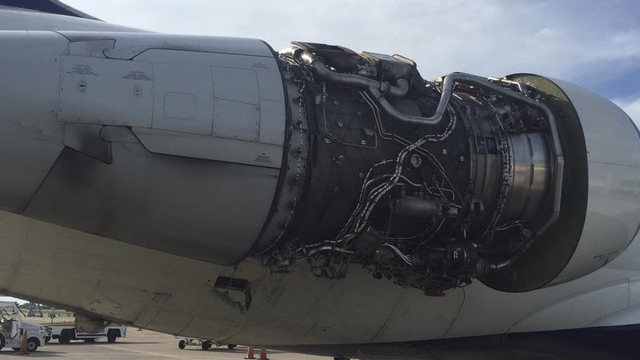 Delta Flight 762 was travelling from from Atlanta to Chicago when it hit turbulence above Cleveland, Tennessee.

In statement, Delta said 109 customers were on board.

Photographs showed how the entire cowling came off engine number one on the right side.

The loose cowling then appeared to have hit part of the fuselage.

Delta released a statement on Sunday evening. In the statement they said the aircraft landed safely and taxied to the gate normally.

"Delta will fully investigate this episode as the safety and security of our customers and employees is always our top priority," the statement read.