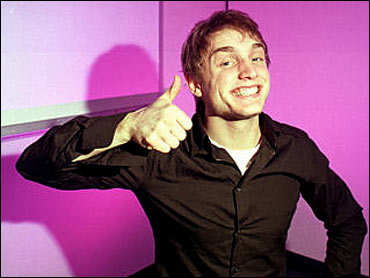 Dude! The actor who gained fame and a cult following as the slacker "Steven" in commercials for Dell computers has been told his misdemeanor drug possession charge will be thrown out if he stays out of trouble for the next year.

Police said he was arrested Sunday night on the Lower East Side after officers on a drug detail spotted him buying a small bag of marijuana from Omar Mendez, 19. Mendez faces drug sale and possession charges.

The judge at the 22-year-old New York University drama student's arraignment told him his case would be dismissed and his record cleaned if he doesn't get arrested during the next year.

Curtis' portrayal of a surfer type who proclaims, "Dude, yer gettin' a Dell!" drove up computer sales and spawned T-shirts, caps, and backpacks, along with Web sites and online fan clubs.