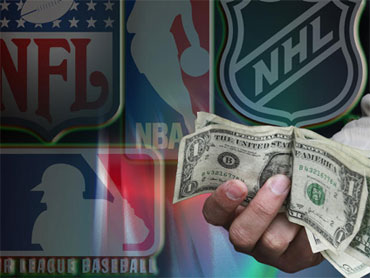 A federal appeals court on Monday dealt another body blow to Delaware's plans for a new sports betting lottery, saying it must be limited to parlay bets on professional football games.

A three-judge panel of the 3rd U.S. Circuit Court of Appeals declared last week that Delaware's sports betting plan, which included single-game bets and wagering on a variety of professional and collegiate sports, violated federal law but it did not expressly say why.

On Monday, the panel outlined its reasoning in a 23-page opinion. The court said it interpreted language that exempted Delaware from a 1992 federal ban on sports gambling — known as the Professional and Amateur Sports Protection Act — as precluding any type of betting beyond what it had offered in a failed National Football League lottery in 1976.

That lottery allowed only parlay bets, which means bettors had to pick the winners of at least three separate NFL games in a single wager.

"Thus, any effort by Delaware to allow wagering on athletic contests involving sports beyond the NFL would violate PASPA," Judge Thomas Hardiman wrote for the court. "It is also undisputed that no single-game betting was 'conducted' by Delaware in 1976, or at any other time during the time period that triggers the PASPA exception."

The news came as another disappointment to state officials, who seemed to accept that single-game wagering was disallowed, but hoped that betting would not be limited to professional football.

Joe Rogalsky, a spokesman for Gov. Jack Markell, was unaware that the court had issued its opinion until being contacted by The Associated Press. He had no immediate comment.

Kenneth Nachbar, an attorney who represented professional sports leagues and the National Collegiate Athletic Association in challenging Delaware's plan, did not immediately respond to messages left by telephone and e-mail.

In its opinion, the court, as did attorneys for both sides, focused on language in the 1992 federal that exempted Delaware and three other states that had previously offered sports wagering.

The language allows those states to offers sports betting but only "to the extent that the scheme was conducted by that state...."

Attorneys for Delaware argued that the word "scheme" did not refer specifically to the 1976 parlay betting, or even the NFL, but to any sports lottery under state control. They also argued that as long as sports betting in general was authorized, even if some games were not specifically "conducted" before the ban, the state was free to expand beyond NFL parlays into single games and other sports.

The court rejected that argument, asserting in a footnote that Delaware's attorneys had "cherry-picked" certain statements in the legislative history of the 1992 federal law to bolster their case.

"This case is a perfect illustration of the well-known admonition that what individual legislators say a statute will do, and what the language of the statute provides, may be far apart indeed," Hardiman wrote, citing a 2005 ruling by the 3rd Circuit. "The law is what Congress enacts, not what its members say on the floor."

In issuing its opinion, the panel said the parties involved have 14 days to seek a review of its ruling.

State officials had said previously that they would wait for the panel's opinion before deciding whether they would ask for a review by the full court or the U.S. Supreme Court.