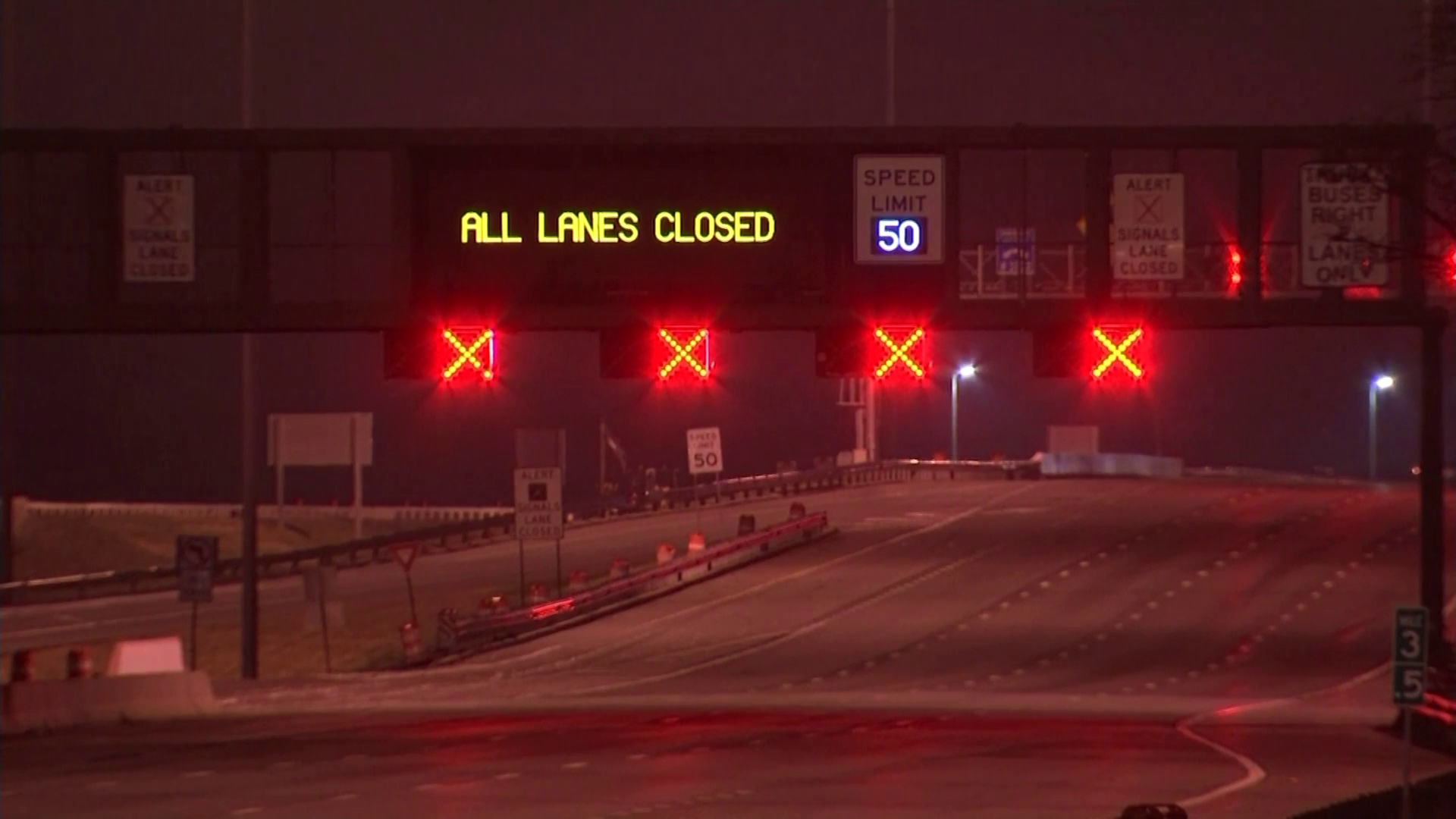 PENNSVILLE, N.J. — A chemical leak shut down the Delaware Memorial Bridge in both directions Sunday evening, bringing traffic on a major East Coast artery to a standstill on one of the busiest travel days of the year. The chemical involved is ethylene oxide, a highly flammable gas that is a finished product stemming from methanol, according to an official. The leak is not believed to be toxic, but the incident is considered a hazmat situation, CBS Philadelphia reports.

"If that flume would have had an ignition source it could have been catastrophic with the bridge traffic," he said.

The bridge closed around 5 p.m. Sunday. Croda operators requested it be shut down, the Delaware River and Bay Authority tweeted.

Greenley said fire officials are waiting for pressure to dissipate in the pipes at the facility before reopening the bridge. He said the chemical is dissipating fairly quickly from the pipes and estimated the bridge could reopen in the next few hours. The state Division of Natural Resources and Environmental Control is on scene at the leak.

Croda Atlas Point confirmed the incident in a statement Sunday to CBS Philly: "We can confirm that there was an ethylene oxide release at our facility in New Castle Delaware at approximately 4:15 pm today. At this early stage, we do not have specific information regarding the details of this incident. There are no injuries to report, but as a precaution highway traffic near the site was stopped."

Traffic on both sides of the bridge was being diverted to other crossings, including the Commodore Barry Bridge to the north, causing what the authority called a "parking lot" situation to disperse to other clogged roadways.

The bridge carries Interstate 295 on eight lanes over the wide southern reaches of the Delaware River between northern Delaware and southern New Jersey. Southbound traffic from the New Jersey Turnpike also flows across it. More than 80,000 vehicles make the crossing daily, according to the authority.

Lashrecse Aird, a member of the Virginia House of Delegates, was stuck in the bridge traffic on her way home to Virginia from New York. The Thanksgiving commute usually takes her six hours, she said, but she had already been on the road for that amount of time and her GPS told her she had more than three hours to go.

A police vehicle and a hazardous-materials truck were blocking the bridge when she approached. She was at a standstill for an hour before being redirected, she said.

"We ended up taking 295 North to get onto 322, directing us to the Barry Bridge," she said, "and then that is going to take us back south. Everyone is coming that direction, so we are still really not moving."

CBS Philly reporter Chantee Lans tweeted a video showing the traffic backed up for miles on the northbound side of I-495.