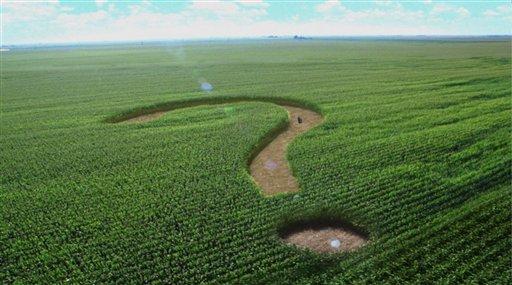 A man charged with murder after allegedly donning a bulletproof vest and tearing through two states on an apparent random shooting spree was wanted on a warrant related to a 2004 shooting incident, authorities said.

Allison Lamont Norman, 22, of Seaford, Delaware, was arrested Thursday after a series of shootings that left two dead and four wounded along a bloody trail from Laurel, Delaware, to Salisbury, Maryland.

Authorities were still trying to pinpoint a motive for Thursday's carnage, but said victims apparently were chosen at random.

The violence erupted one day after a warrant was issued for Norman's arrest when he failed to appear in Wicomico County Circuit Court on charges related to gunfire at a shopping center and convenience store in Delmar last October.

According to court records, Norman faced one felony and three misdemeanor weapons charges related to the shooting — including possession of a firearm by a person prohibited.

"He was in the wrong place when the shooting started," Iris Weston, 43, said of her son, Jamell Weston, 24, who was killed at an apartment complex in Laurel.

Weston's cousin, Marcus Cannon, 18, was wounded in the arm and a 45-year-old man was hospitalized in stable condition after being shot in the stomach and leg at a nearby shopping center.

Authorities said the latter victim, who staggered through the shopping center parking lot, leaving a trail of blood before collapsing, may have been trying to hitch a ride with Norman, not knowing he had just shot two other men and was fleeing in a stolen car.

After leaving Laurel, Norman allegedly drove through Delmar, where more shots were fired. No one was hit, but one bullet lodged in a home near a sleeping child, authorities said.

In Salisbury, the gunman opened fire on cars, homes, people and dogs in a run-down neighborhood near two elementary schools, killing Davondale M. Peters, 28, and wounding two women. Witnesses told police Norman may have carjacked Peters before shooting him. They told police they saw the men arguing before Norman got out of the vehicle and shot Peters, who died at the scene.

Carla D. Green, 33, was in intensive care at Peninsula Regional Medical Center early Friday after being shot in the upper torso, officials said.

Marsha L. Henderson was released from a local hospital after being treated for a minor gunshot wound, and authorities said an elderly woman with a heart condition was taken to a hospital as a precaution after the gunman broke into her home and "terrorized" her and her husband.

"It appears to be random," Wicomico County Sheriff Hunter Nelms said, referring to the victims.

Sheriff's deputies arrested Norman after a brief foot chase. Authorities said he was wearing a bulletproof vest and carrying a handgun, but did not offer any significant resistance to the officers. He may have run out of bullets, they noted.

Norman, who was to appear in court Friday, was being held without bond at the Wicomico County jail.