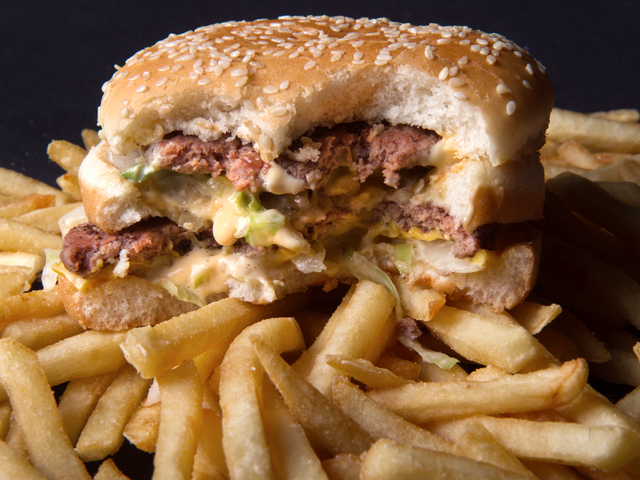 As much as 20 percent of the food Americans eat comes from other countries, but the federal Food and Drug Administration only has enough money to inspect 2 percent of that imported food. Now in spite of a new law to bolster safeguards, Congress is cutting the FDA's food inspection budget, CBS News chief investigative correspondent Armen Keteyian reports.

So far at least 47 people have died in an E. coli outbreak in Europe that has sickened nearly 4,000 people. That is reigniting the debate over food safety in the United States with those who favor strengthening the FDA squaring off against deficit-cutting opponents.

In the wake of food borne illnesses linked to bad eggs, peanuts and spinach, the Food Safety Modernization Act was signed into law early this year. It promised the most sweeping change to food safety in the United States since the late 1930s, supplying fresh funds to beef up FDA inspections and oversight.

"We ought to regard this as a priority and provide the Food and Drug Administration with the resources that it needs in order to be able to protect our food supply," Rep. Rosa DeLauro, D-Conn., said.

But earlier this month, a deficit-minded House slashed more than $200 million from the FDA's food safety budget for the 2012 fiscal year from a proposed $955 million to $750 million, $87 million less than the agency now receives.

"The food supply in America is very safe because the private sector self-polices because they have the highest motivation," Rep. Jack Kingston, R-Ga., said in a speech on the House floor.

Republican proponents of the cuts argue the nation's food is "99.99 percent" safe pointing to the self-policing of brand name companies.

Meanwhile, the Centers for Disease Control and Prevention estimates that 48 million Americans get sick each year from tainted food, resulting in about 128,000 hospitalizations and some 3,000 deaths.

And just last week a report from the inspector general of the Department of Health and Human Services cited safety concerns for the rising flood of imported food. The United States imported 3.86 billion pounds from China last year alone, including 70 percent of all apple juice Americans consumed.

"Fifteen to 20 percent of all the food that Americans consume come from overseas," said DeLauro. "Two-thirds of fruits and vegetables, about 80 percent of shrimp is coming from overseas, and we have only the ability these days to inspect less than 2 percent."

Keteyian interviewed Jeff Benedict, author of "Poisoned," about America's first E. coli outbreak at Jack in the Box in 1992:

(At left, watch the complete interview. Disclosure: Keteyian and Benedict are long-time friends.)

Keteyian: "Poisoned," I think, is your best book. It just got a rave review by The New York Times. What about this book, based on 20 years ago, relates to what we see in food safety today?

Benedict: Twenty years ago, Americans had never even heard the term E. coli. Today it's a household word. It's a dirty word, but back then it was a word we didn't know. Suddenly 700 kids on the west coast are sick. Four die within a matter of three weeks, and the country wakes up to the idea that a hamburger can be lethal if it's not properly cooked, and that's what really changed the debate in a way that hadn't happened since "The Jungle" was written by Upton Sinclair. There have been all these rule changes, but today we have six new strains of E. coli that weren't around, at least hadn't surfaced in our food supply back then, and they're in our food supply now, and we don't test for them, and that's exactly the situation we were in back in '93. That's why the Jack in the Box outbreak hit us so hard.

Keteyian: If these cuts aren't restored by the Senate, what does $200 million mean to food safety in this country?

Benedict: It's huge because right now less than 1 percent of the food that comes into the United States, the imported food, is inspected by our inspectors. Most consumers say that's totally outrageous. There's an enormous amount of food that you pick up in the grocery store that you just assume has been inspected and is safe, and the fact is we don't know.

Keteyian: What advice would you have for consumers? This is the Fourth of July weekend. People are out buying hamburger meat and everything else. As they're shopping, what's the best advice you can give them?

Benedict: The best advice is to not buy commercially produced meat. That's not an option for everybody, but if you can buy locally produced meat, grass fed cows. Organic meat is the best thing. If you're in grocery stores shopping, simple things, like, if you buy lettuce, they tell to you wash it, you should wash it but peel off the outer leafs. That's where an E. coli will attach. Just simple things I think consumers can do when they're home.

Keteyian: Jeff, there's a certain fear factor to food these days. How likely are we to have another outbreak like "Poisoned" or like what we're seeing now or have seen in Germany and Europe?

Keteyian: Imported food, 4 billion pounds coming in from China, your thoughts on that?

Benedict: I don't think it's necessary for America to import the amount of food we do right now. We can grow enough to feed ourselves. It's crazy that we buy our shrimp from China. It just doesn't make sense, and it raises all kinds of new food safety concerns because we don't know what's going on on a fish farm in the middle of China. We have no idea what's happening on that place and then the fish gets here and it doesn't get inspected. I think it's dangerous.