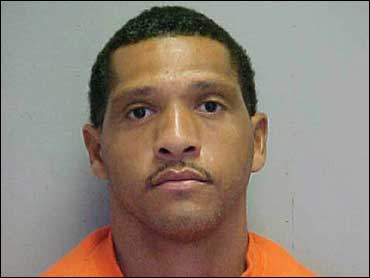 (CBS/AP) PHOENIX - Defense attorneys for Mark Goudeau, the man accused of being the so-called Baseline Killer, are set to give their closing arguments Tuesday.

Prosecutors gave their closing remarks Monday, showing video clips of testimony from earlier in the trial, with victims verbally identifying Goudeau or pointing to him in the courtroom. The 47-year-old construction worker is charged with nine murders and dozens of other crimes from 2005 and 2006, including rape and child molestation.

"He is a predator with a desire for power. He controls not only his victims but his crimes scenes."

Once the defense rests, the case will be in the hands of the jury. If jurors find Goudeau guilty of any one of the nine murders, he could face the death penalty

The killings attributed to the Baseline Killer took place between August 2005 and June 29, 2006. The victims were shot in the head, and many were left with their pants unzipped and partially pulled down. The victims, eight of them women, ranged from 19 to 39 years old.

Authorities named the crimes after Baseline Road in south Phoenix where a number of the earliest attacks occurred.

On Monday, prosecutors said ballistics showed that the same gun was used in all the killings.

They also recounted DNA evidence that they say links Goudeau to crime scenes, including victims' blood and a piece of jewelry being found in his house. Defense attorneys have contended that there are likelier suspects than Goudeau and have discredited the DNA tests.

Goudeau has pleaded not guilty to the 72 charges he's facing.

Goudeau is already serving a 438-year prison sentence for a 2005 attack. In that case, police say he raped a woman while pointing a gun at her pregnant sister's belly. That crime is considered part of the Baseline Killer case.

Goudeau, who grew up in Phoenix, has spent 13 years of his life behind bars after being convicted of crimes that included beating a woman's head against a barbell. He was paroled in 2004.