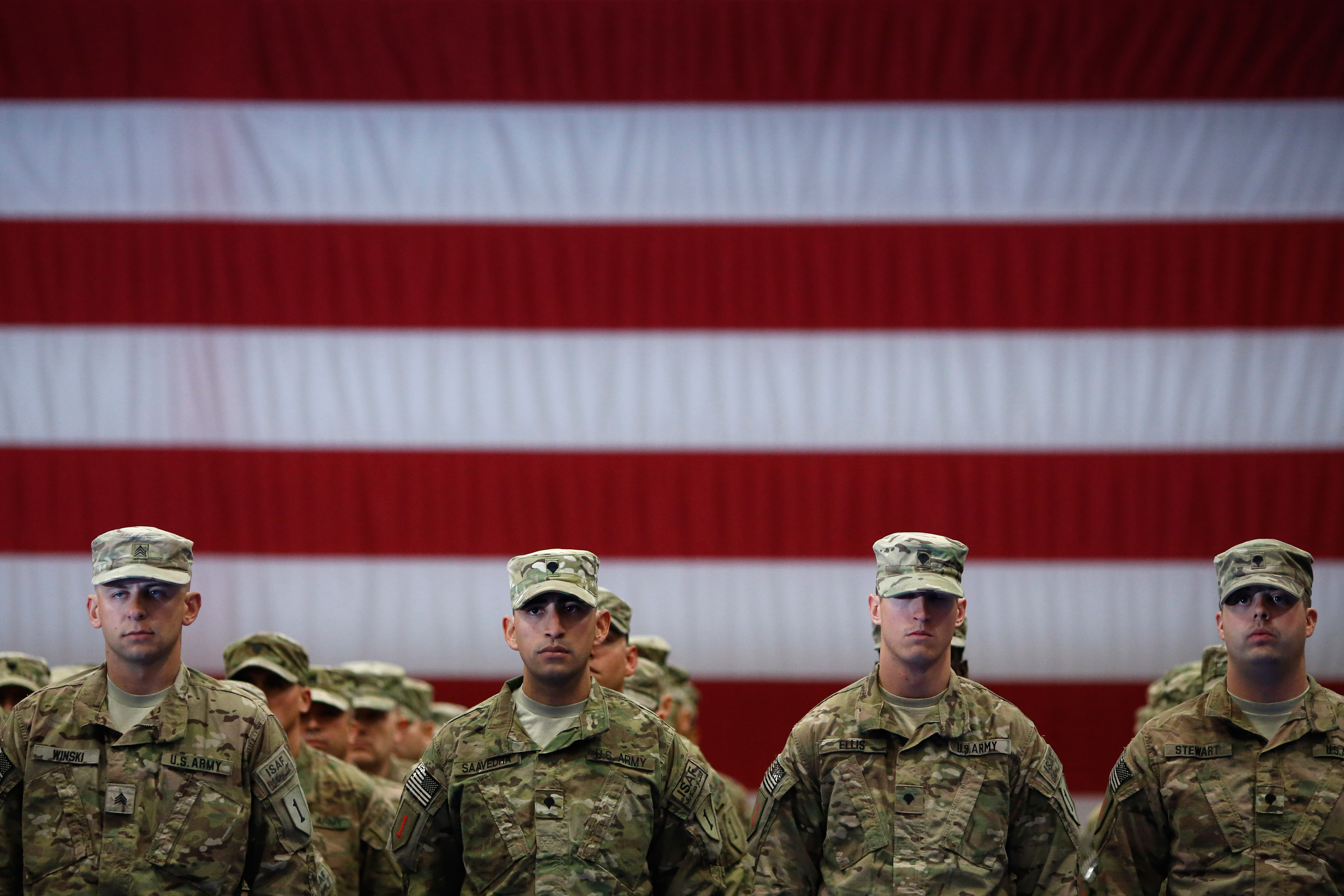 Pentagon chief Chuck Hagel is recommending shrinking the Army to its smallest size since the buildup to U.S. involvement in World War II in an effort to balance postwar defense needs with budget realities.

Hagel announced that and other recommendations Monday in a speech at the Pentagon outlining his priorities for next year's defense budget. He also recommended billions of dollars in cuts that would reduce housing allowances and other benefits, a move that is sure to be controversial when he brings his budget before Congress next week.

Army leaders have been saying for months that they expect their size would shrink as the nation prepares to end its combat role in Afghanistan this year. Hagel said that this budget is the first “to fully reflect the transition [the Department of Defense] is making after 13 years of war.”

Earlier this month, Gen. Ray Odierno, Army chief of staff, told an audience at the Council on Foreign Relations that an army of 420,000 would be too small for a world that has such an uncertain national security landscape. The minimum size, he said, would be about 450,000. He said shrinking to 420,000 would make a big difference in the capabilities of the force.

Odierno has also said that whatever the future size of the Army, it must adapt to conditions that are different from what many soldiers have become accustomed to during more than a decade of war. He said many have the misperception that the Army is no longer busy.

"People tend to think that the Army is out of Iraq and Afghanistan, and there is not much going on," he said Jan. 23 at an Army forum. "The Army is not standing still. The Army is doing many, many, many things in order for us to shape the future environment and prevent conflict around the world."

"He has worked hard with the services to ensure that we continue to stand for the defense of our national interests - that whatever budget priorities we establish, we do so in keeping with our defense strategy and with a strong commitment to the men and women in uniform and to their families, Kirby said.

"But he has also said that we have to face the realities of our time. We must be pragmatic. We can't escape tough choices. He and the chiefs are willing to make those choices," Kirby said.