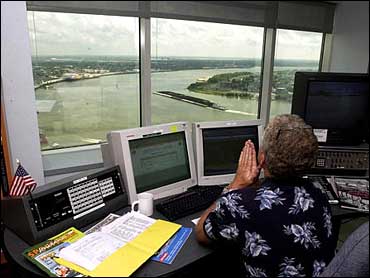 As the U.S. Coast Guard tackles its new, urgent mission of protecting America from terrorist attack, one of the tools it needs is a radio frequency to help monitor the movements and cargo of thousands of ships that enter the nation's ports each year.

But the Coast Guard is out of luck.

The Federal Communications Commission - over the Coast Guard's objections - sold the frequency at auction to a private company in 1998 for $6.8 million.

Now the Coast Guard wants a slice of the frequency back, calling it essential to its plans. The winning bidder, MariTEL Inc., says it can have it, maybe, for $20 million.

MariTEL bought the frequency fair and square, realizing at the time, even if the FCC didn't, just how valuable it was. Like any good entrepreneur, the company expects to profit from its investment, says Dan Smith, who, as MariTEL's president, supervises its two other employees.

The squabble over the radio frequency is just one of the obstacles the Coast Guard faces between now and July 1, the day it promises to enforce new anti-terrorism rules mandated by the federal Maritime Transportation Security Act of 2002.

With 361 ports to protect, 95,000 miles of navigable waterways to defend and 20,000 oceangoing vessels to keep an eye on, the Coast Guard is focusing on what it considers the nation's 11,700 most likely maritime targets of a terrorist attack.

About 3,200 of them are on shore: oil refineries, nuclear power plants, liquid natural gas facilities and hundreds of other waterfront sites that use or store hazardous materials.

The 8,500 others are on the water: ferries that carry tens of thousands of commuters to work in cities from Seattle to New York, barges and cargo ships that crisscross U.S. harbors and inland waterways, oceangoing tankers and freighters that bring in everything from oil and fertilizer to automobiles and bananas.

Oceangoing vessels are of special concern because they often pick up their cargos in countries where terrorists are born and arrive in U.S. ports after crossing lawless oceans where pirates still prowl. Container ships alone bring 16 million boxcar-sized containers a year to U.S. ports, and 95 percent of them are unloaded without ever being inspected.

It is to the water, not to the skies, that America needs to be looking if it hopes to thwart the most devastating terrorist attacks, many in the maritime industry say.

"An airplane is fine if you want to take down the twin towers," says Dennis Bryant, a former Coast Guard lawyer who is now senior counsel with Holland and Knight, a major maritime law firm. "But if you want to bring a nuclear device into this country, you're going to have a hard time doing it by plane."

As every schoolchild in Halifax, Nova Scotia, learns, it doesn't take a nuclear device to create a maritime disaster of World Trade Center proportions.

Modern explosives in a major port city could do far worse.

To counter the terrorist threat, the Coast Guard says it is counting in part on new technologies, including a sophisticated vessel tracking system that uses the radio frequency the FCC sold.

It is also putting much of the onus for port security on private industry and on local and regional port authorities.

"Being a small service, we can't do the job ourselves," says Capt. R.G. Sullivan, the Coast Guard's director of Homeland Security for the Port of New Orleans. "We can be the coordinator, but we need to be partnering with owners and operators, with state and local law enforcement and other federal agencies."

Just deciding where the maritime industry is most vulnerable has not been easy. To help figure it out, the Coast Guard hired a private defense contractor, Northrup Grumman Mission Systems to conduct assessments of security threats at 55 major ports at a cost of up to $1 million each.

The assessments are classified, but the Congressional General Accounting Office has reviewed some of them and declared that it has "concerns about the scope and quality." The Coast Guard says it shared some of the concerns but believes they have been addressed.

Meanwhile, each of the 8,500 U.S.-flagged ships and 3,200 port installations that the Coast Guard considers most at risk were required to submit security plans to the Coast Guard by Dec. 31 or face fines of up to $25,000.

Nevertheless, the Coast Guard says, as many as 700 of those ships and 300 of those port installations missed the deadline completely. The Coast Guard has not yet reviewed the plans that have been filed to determine whether they are adequate.

The Coast Guard announced Wednesday that it has begun issuing $10,000 fines to those who filed no plan at all. Port installations and ships that filed inadequate plans, the Coast Guard says, will be given a new deadline for correcting them.

The next deadline is July 1, when the installations and ships must implement their security plans.

"It's unheard of," says Bryant, the former Coast Guard lawyer. "The industry has had other regulatory regimes come into place but these changes are happening virtually overnight."

Meanwhile, some maritime experts question the gaps in the Coast Guard's approach.

For one thing, boats under 65 feet, as well as most fishing and recreational craft, are exempt from carrying transponders that would allow them to be tracked electronically if the dispute over the radio frequency is resolved.

"You're basically exempting the same sized ships that blew up the Cole," says Channing F. Hayden Jr., president of the Steamship Association of Louisiana, referring to the Oct. 12, 2000 suicide attack in Yemen that killed 17 sailors aboard the Navy destroyer.

The Coast Guard plan also exempts foreign-flagged oceangoing vessels from meeting the requirement of the Maritime Transportation Security Act of 2002. Although such vessels make up more than half the oceangoing ships entering U.S. ports, the Coast Guard says they are not covered by the law.

Instead, the Coast Guard says, foreign-flagged vessels are required to meet international security standards, which are supposed to be enforced in part by the countries whose flags they fly.

Many in Congress say the Coast Guard's interpretation of the law is wrong - that it was intended to apply to all vessels entering U.S. waters. A resolution to clarify Congress's intent is expected to come up for a vote this year.

Regardless of whether foreign vessels ultimately come under U.S. standards, most are already required, by international standards, to carry transponders. However, the Coast Guard is a still a long way from being able to read their signals. The necessary equipment has been installed in only five of the country's 361 ports, Bryant says.

Maritime experts regard the system as an excellent navigational and safety tool, but some question its effectiveness as an anti-terrorism device.

"The way it's set up," Bryant said, "it's the master on each ship that inputs the ship's data - its name, speed, heading, cargo and country of origin. And if you're a terrorist you're just not likely to say you have a small nuclear device on board."

The Coast Guard, says Bryant, believes there are ways to tell when someone on board a ship "tries to dummy things up a bit" but that "it's still disconcerting that the person on board, who could well be your terrorist, inputs a good percent of the data."

Meanwhile, for the identification system to work at all, the Coast Guard still has to obtain the right to use a channel on the radio frequency that was sold to MariTEL in 1998.

The Coast Guard says it objected when the sale was proposed, saying two channels on the frequency were important to navigation. The FCC says it went ahead with the sale with the understanding that the Coast Guard and MariTEL would work out an arrangement -- which they have failed to do. In a pre-Sept. 11 world, the FCC says, the frequency's importance to homeland security was not apparent.

Smith, the MariTEL president, says the company can't simply give the frequency back.

"It has nothing to do with patriotism," he says. "We've got over a thousand investors who put more than $85 million into this company," and he has a responsibility to protect their interests.

The FCC says hearings on the matter are being scheduled. Possible resolutions include anything from a negotiated settlement to the government to a voiding of the original sale.