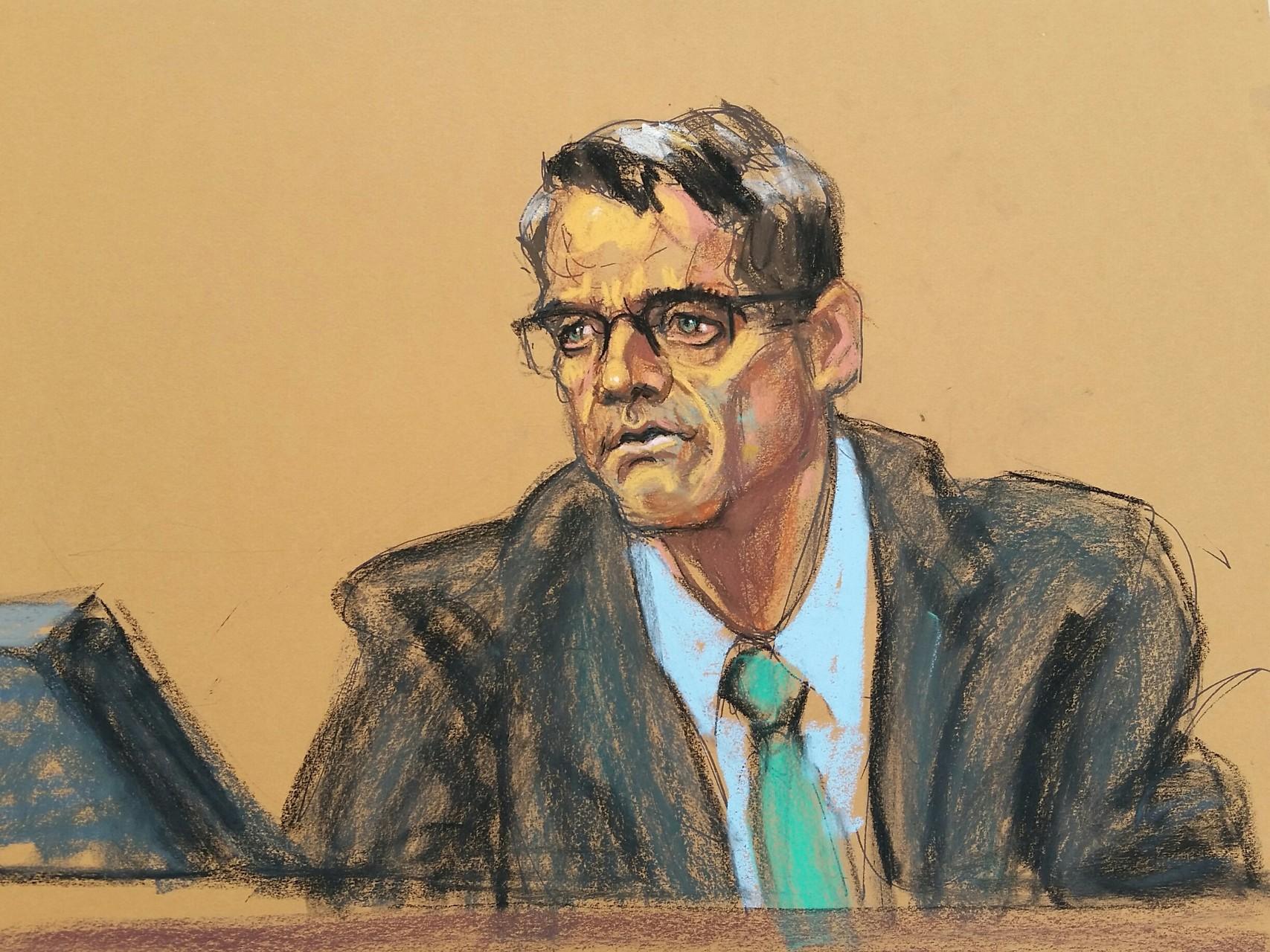 NEWARK, N.J. -- Top officials in New Jersey government and the authority that runs the George Washington Bridge knew about or had a hand in what prosecutors contend was a false narrative that a lane realignment in 2013 was part of a traffic study rather than a scheme to punish a mayor, a defendant in the case testified Monday.

In his first public comments about the scandal since his indictment nearly 18 months ago, former Port Authority of New York and New Jersey executive Bill Baroni also contradicted the prosecution’s star witness by offering a third version of when, and how much, Republican Gov. Christie learned about the lane realignment and subsequent gridlock in Fort Lee, the town adjacent to the bridge.

Baroni and former Christie deputy chief of staff Bridget Kelly are charged with misusing Port Authority property, fraud and civil rights offenses. The bridge, considered the busiest in the country if not the world, connects New Jersey to New York over the Hudson River.

Above all, Baroni stressed during several hours of direct questioning and the beginnings of cross-examination by the government, that he was hoodwinked by Port Authority colleague David Wildstein, the self-styled architect of the scheme.

“I listened to David Wildstein,” Baroni said when asked why he didn’t return Sokolich’s calls and text messages during the four days of gridlock. “He said to me, ‘Let me handle it.’ I listened to him. I have regretted it ever since.”

Baroni testified that not returning Sokolich’s calls was his biggest regret.

Wildstein, a former high school classmate of Christie’s who has handed a $150,000-a-year job at the Port Authority created especially for him, has pleaded guilty and testified for the prosecution. He told jurors the plan was to ignore Sokolich once the traffic problems began.

Prosecutors focused during the end of their case last week on Baroni’s testimony to a state legislative committee in 2013 in which he said the gridlock was caused by a poorly communicated traffic study that sought to gauge the effect of freeing up two tollbooth lanes. That was an attempt to cover up the real motive, prosecutors say.

Baroni testified Monday that then-Port Authority Chairman David Samson, a Christie mentor who headed his transition team, was among those urging Baroni to put together a report explaining what happened. Among those involved in prepping Baroni for his testimony before the committee were Samson’s chief of staff, a Port Authority attorney and Charles McKenna, Christie’s chief counsel at the time.

Materials provided to him by Port Authority staffers “absolutely reinforced” his belief that it had been a legitimate traffic study, Baroni testified.

Baroni also contradicted Wildstein’s version of a meeting between the two men and Christie at the World Trade Center on Sept. 11, 2013. Wildstein testified earlier that Baroni told Christie about the traffic problems and about Sokolich’s calls going unanswered, to which Christie allegedly laughed and made a sarcastic joke about politics being involved.

But Baroni testified Monday it was Wildstein who told Christie and that no mention of Sokolich or political retaliation was made. Christie hasn’t been charged and has denied knowing about the alleged scheme while it was in progress.

On cross-examination, Assistant U.S. Attorney Lee Cortes peppered Baroni with questions about why he didn’t respond to Sokolich, someone with whom Baroni had developed a close relationship. On the first morning of the traffic jams, Baroni said, he was participating in a panel discussion when he got the first message.

“You could have called the mayor. But you didn’t, did you?” Cortes asked. Baroni replied that he passed Sokolich’s message to Wildstein, who directed him: “Radio silence.”