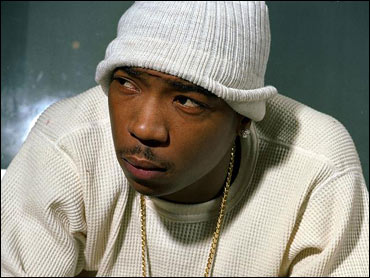 A small independent record company won a $132 million verdict against industry heavyweight Island Def Jam Music Group and its top executive on Tuesday in a dispute over an unreleased record by rapper Ja Rule.

The verdict in the penalty phase of the trial provides roughly $24 million in compensatory damages and $108 million in punitive damages to New York-based TVT Records.

Haviland said Gottlieb was "left in ruins" when he could not release the album he was counting on.

Island Def Jam lawyer James M. Larossa agreed that Gottlieb and his record company were entitled to the finished but unreleased album, money for costs he cannot recoup and other factors.

"But he's not entitled to a windfall," Larossa said. "Punitive damages don't belong in this case."

The verdict drew promises of appeal from Larossa and other lawyers representing Island Def Jam, a subsidiary of Universal Music Group, the world's largest record company, which is owned by French media giant Vivendi Universal.

"We're disappointed with the jury's verdict," said Matthew S. Dontzin, a lawyer for Island Def Jam and its chief executive officer, Lyor Cohen. "We don't think it's supported by the facts or the law."

In a statement, Gottlieb said he was "extremely pleased" with the verdict. Haviland said Def Jam and Cohen were "bullies" who "finally got caught."