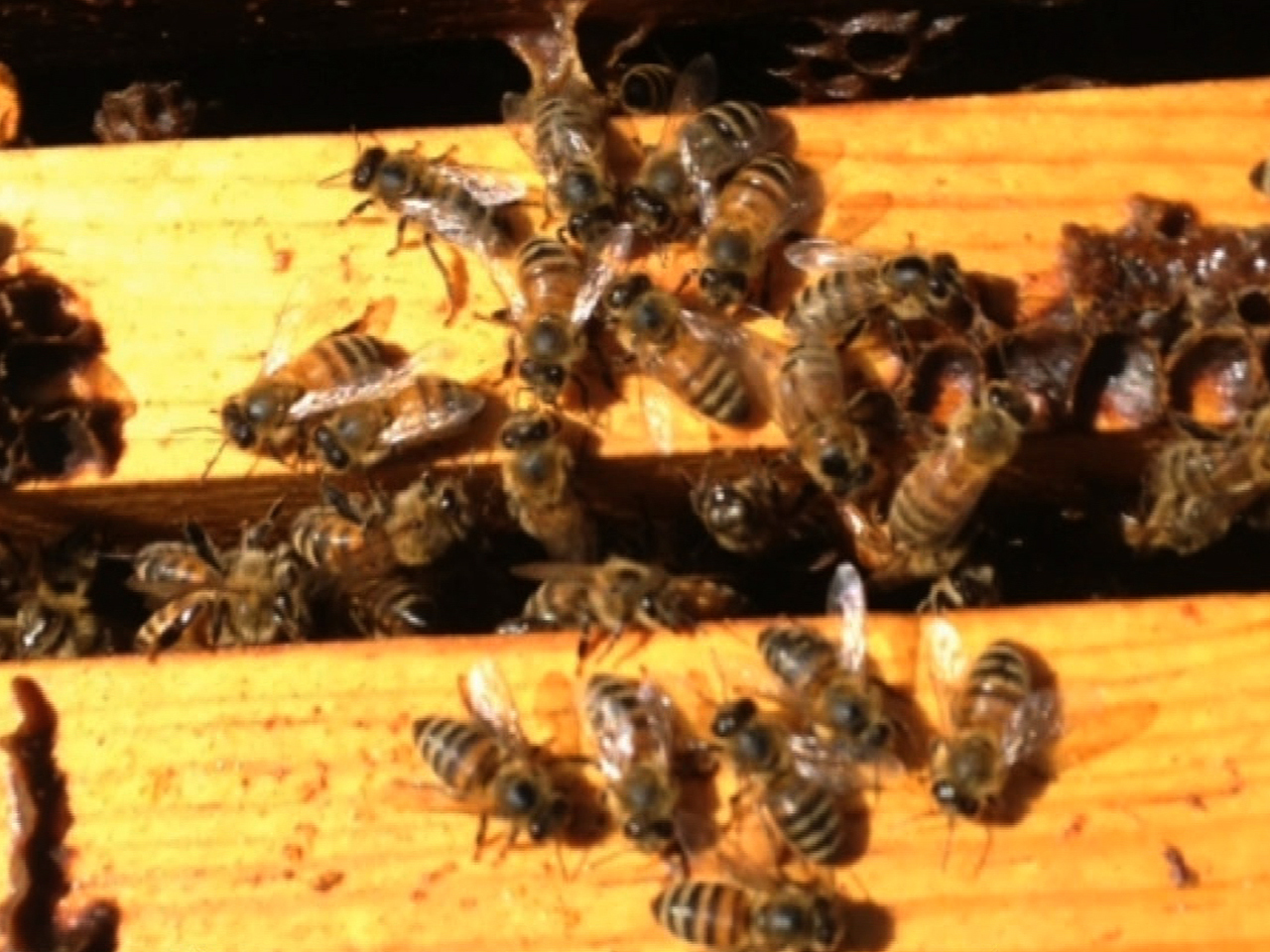 (CBS News) Honey bees have been dying in large numbers in recent years, and there's new evidence of a drastic increase in the death rate. Some experts say the latest population drop poses a threat to our nation's food supply.

According to commercial beekeeper James Doan, "A third of all our food is pollinated by honey bees."

Doan makes a living renting out thousands of hives to farmers up and down the East Coast. His bees are part of a crucial lifeblood to U.S. agriculture. Doan said, "I think people just need to really be aware that bees are so important, not just for honey production, but for pollination in the United States."

Bees pollinate the majority of our fruit and vegetable supply: from apples and pears to green beans, pumpkins, and squash. And the list goes on.

But something is killing the bees at an increasingly alarming rate. Doan said, "Every day and you'll look and you'll see 100 to 200 bees dead in front of the hive. Maybe even to the point of 40 to 50,000 bees laying out in the front of the hive, which is not normal."

Bees used to die at a rate of 5 to 10 percent a year. Then, around 2006, that rate more than tripled in a phenomenon known as colony collapse disorder. Now, some beekeepers say they're losing up to 50 percent of their hives.

Many blame a class of pesticide called neonicotinoids, or "neonics." Doan said, "They block the nerve endings of the bee, and so the bee is paralyzed and then what happens is they starve to death, so you see the bee shaking, and it's a very horrific way of dying for a bee."

Doan joined a coalition of beekeepers, environmentalists and consumer groups that recently sued the Environmental Protection Agency for failing to ban these chemicals. The lawsuit claims the "EPA is well aware of recent studies and reports illustrating the risks to honey bees...but has refused to take any regulatory action."

The EPA won't comment on pending litigation, but says it's speeding up a review of neonics, "because of uncertainties about these pesticides and their potential effects on bees."

Croplife America is a trade organization representing pesticide companies. Its president and chief executive officer says current research does not show a direct cause. Jay Vroom, of CropLife America, said, "There are critics of our industry that may not be informed by the most complete set of facts or scientific understanding, and we really think that that's where most of these challenges are coming from right now."

According to University of Maryland research entomologist Dennis vanEngelsdorp, it's likely a number of stress factors are killing the bees. vanEngelsdorp said, "Most scientists aren't just focused in on the neonics, we are taking a broader look and looking at the chemical mixture that bees are exposed to. And it's quite astonishing how many chemicals are in the environment, probably affecting bee health.

"Meanwhile though, we need to figure out how to keep bees alive," he said, "because we can't afford to have these beekeepers go out of business."

Watch Michelle Miller's report in the video above.