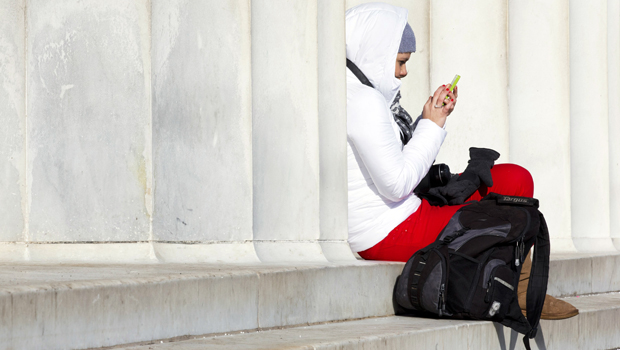 SIOUX FALLS, S.D. -- The deep freeze expected soon in the Midwest, New England and even the South will be one to remember, with potential record-low temperatures heightening fears of frostbite and hypothermia.

It hasn't been this cold for decades - 20 years in Washington, D.C., 18 years in Milwaukee, 15 in Missouri - even in the Midwest, where bundling up is second nature. Weather Bell meteorologist Ryan Maue said, "If you're under 40 (years old), you've not seen this stuff before."

Preceded by snow in much of the Midwest, the frigid air will begin Sunday and extend into early next week, funneled as far south as the Gulf Coast. Blame it on a "polar vortex," as one meteorologist calls it, a counterclockwise-rotating pool of cold, dense air.

"It's just a large area of very cold air that comes down, forms over the North Pole or polar regions ... usually stays in Canada, but this time it's going to come all the way into the eastern United States," said National Weather Service meteorologist Phillip Schumacher in Sioux Falls, S.D.

Reporter Kate Raddatz of CBS Minneapolis station WCCO-TV reports that the temperature in Minneapolis was expected to stay below zero for 90 consecutive hours.

The predictions are startling: 25 below zero in Fargo, N.D., minus 31 in International Falls, Minn., and 15 below in Indianapolis and Chicago. At those temperatures, exposed skin can get frostbitten in minutes and hypothermia can quickly set in as wind chills may reach 50, 60 or even 70 below zero.

Even wind chills of 25 below zero can do serious damage, according to National Weather Service meteorologist Scott Truett in St. Louis.

"A person not properly dressed could die easily in those conditions," he said of the expected wind chill in Missouri at daybreak Monday.

Already, parts of New England dropped into the negatives Saturday, with East Brighton, Vt., seeing 30 below zero just after midnight and Allagash, Maine, hitting minus 36. The cold will sweep through other parts of New England where residents are digging out from a snowstorm.

Snow will reduce the sun's heating effect, so nighttime lows will plummet because of the strong northwest winds, Maue said. Fresh snowfall is expected Saturday night, ranging from up to a foot in eastern Missouri and southern Michigan, 6 to 8 inches in central Illinois, 8 or more inches in western Kentucky and up to 6 inches in middle Tennessee.

The South also will dip into temperatures rarely seen. By Monday morning, western and central Kentucky could be below zero - "definitely record-breaking," said weather service meteorologist Christine Wielgos in Paducah, Ky. And in Atlanta, Tuesday's high is expected to hover in the mid-20s.

The arctic chill will affect everything from sports to schools to flights. Mike Duell, with flight-tracking website FlightAware.com, says to expect airport delays and flight cancellations because of the cold temperatures.

"For some of them, they run into limitations on the aircraft. They're only certified to take off at temperatures so low so if they get into a particular cold front it can prevent them from being able to legally take off," he said. "In a lot of cases, it's just ice."

Sunday's NFL playoff game in Green Bay could be among one of the coldest ever played - a frigid minus 2 degrees when the Packers and San Francisco 49ers kickoff at Lambeau Field. Medical experts suggest fans wear at least three layers and drink warm fluids - not alcohol.

Minnesota has called off school Monday for the entire state - the first such closing in 17 years - as well as the Wisconsin cities of Milwaukee and Madison.

Before the polar plunge, Earth was as close as it gets to the sun each year on Saturday. The planet orbits the sun in an oval and on average is about 93 million miles away. But every January, Earth is at perihelion, and on Saturday, it was only 91.4 million miles from the sun.

That proximity doesn't affect the planet's temperatures. Maue noted that it's relatively uncommon to have such frigid air blanket so much of the U.S., maybe once a decade or every couple of decades.

Yet, Truett said there are no clear trends in weather patterns to indicate what kind of temperatures are in store for the rest of the winter.