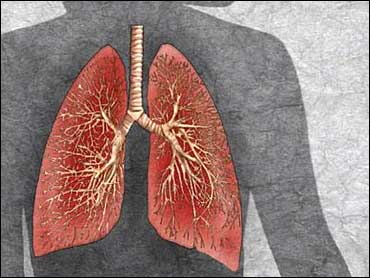 When a child is coughing, it can be tough to tell what's wrong and when you should be concerned.

To help parents, The Saturday Early Show's Dr. Mallika Marshall provided some advice on how to decode a child's cough.

Marshall says the average school-age child will get a number of colds each year, which is normal. Coughing is often a typical reflex that helps clear the airways and protects the body from getting pneumonia, especially during the winter months.

But, Marshall says, if a child has a cough associated with difficulty breathing, or a high fever, or repeated vomiting after coughing spells, or even if the cough is mild but doesn't go away after a couple of weeks, the child should be examined by a doctor.

Lately, there has been a lot of talk about the flu, so parents will have to be able to distinguish between the flu and the common cold. In both cases, kids will often have a cough. But children with the flu usually will also have fever, headache, vomiting and muscle aches. Kids with the common cold usually don't have a fever and they tend to be less sick.

"Superfoods" To The Rescue!

Coughs tend to be worse when the air is dry. Marshall says parents can place a cool-mist humidifier in their child's room at night to help keep the air cool and moist, which can help a lot.

Smoke can be a horrible cough stimulus, so Marshall recommends parents not smoke in the home or anywhere near the kids. She says smoke left on clothing can be just as irritating.

If a child has a bad cough associated with fever, rapid or labored breathing, vomiting or abdominal pain, they could have pneumonia. Marshall says parents should take kids who may have pneumonia to their doctor or the emergency room right away.

Croup is a viral infection that's very common among toddlers. The virus causes the windpipe to become swollen and narrow, leading to the hallmark "barking" cough of croup. Some people compare it to the sound a seal makes. Children may also develop noisy breathing, especially something called stridor, which is a noise made when the child breathes in. Marshall says most parents may become alarmed the first time they hear a child with croup because it sounds like they can't breathe. But most kids recover from the illness within a few days.

Marshall says there are a few things parents can do to help ease their child's symptoms.

First, crying can make the symptoms worse, so parents should try to calm their child down as much as possible. Also, moist or humidified air can do wonders to reduce the inflammation in the windpipe. Parents can take their child into the bathroom and run the hot shower, allowing them to breathe in the warm mist. (Don't put the child in the hot shower - just in the bathroom with the shower running!) Or parents can expose kids to the cool moist air coming from an open freezer door or even take them outside into the cool air. Also, as mentioned above, a cool mist humidifier in the child's bedroom can help. If none of these things helps, then parents should consider taking their child to an emergency room.

Unlike croup, whooping cough is caused by bacteria that irritate the airways and cause severe coughing spells. Even though croup can affect people of all ages, whooping cough is most serious in children under one. Whooping cough gets its name because of the characteristic cough a patient makes. A child will cough and then make a sound when drawing in the next breath. Kids may cough so hard that they vomit afterwards.

One of the routine childhood vaccines that kids receive in infancy is the pertussis vaccine which protects against whooping cough. Marshall says parents should make sure their child is up to date on all their vaccines.

If a parent suspects their child has whooping cough, Marshall says they should be seen by their pediatrician, because antibiotics, if given very early on, can help shorten the duration of the illness and can help prevent the spread of the disease to others. But be warned: the coughing associated with whooping cough can last for weeks.

Again, Marshall says parents can use a cool mist humidifier at home to help ease the symptoms. The child should be kept as calm as possible. And they should take in plenty of fluids.

Cough is common symptom with asthma. Most people are familiar with the wheeze associated with asthma, which is the musical noise that asthmatics make when breathing out. Many kids with asthma will also cough. Some kids with asthma only have a cough and don't actually wheeze. Marshall says a child should be considered to have asthma if there's a family history of asthma, if a child coughs only when exercising or only at night, or if the cough lasts for more than a few weeks.