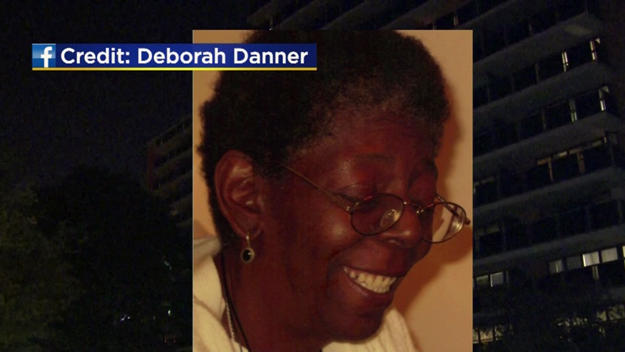 The incident happened shortly after 6 p.m. Tuesday inside Deborah Danner’s apartment. Police said NYPD Sgt. Hugh Barry, who arrived at the home after receiving a call about an emotionally disturbed person, found Danner with scissors in her hand. Police said Barry convinced Danner to put down the scissors, but she then grabbed a baseball bat and attempted to strike Barry, who fired two shots.

Danner was struck twice in the torse, dying soon after.

Officials said Barry, who had received training in interactions with emotionally disturbed people, had a stun gun, which should have been the first option in that situation. De Blasio said Wednesday that protocol in that situation involves waiting for the city’s Emergency Services Unit to arrive.

“It should never have happened,” de Blasio said during a news conference Wednesday afternoon. “The NYPD’s job is to protect life.”

He promised a full investigation.

“Deborah Danner should be alive right now, period,” de Blasio said, adding that Barry had participated in a new training program that includes strategies for de-escalation.

“We need to know why this officer did not follow his training and did not follow those protocols,” de Blasio said. “There were obviously other options here.”

Danner’s sister was in the hallway as the situation unfolded and never expected to hear gunshots ring out, she said.

“I was down the hall from my sister’s apartment when I saw officers rush in and I heard three gunshots,” Jennifer Danner said.

Danner’s family said she had struggled for decades with mental health issues and police had responded to similar calls in the past.

“In those other instances, the NYPD successfully removed Deborah from the apartment and they went off to the hospital,” de Blasio said. “Something went horribly wrong here.”

Danner’s cousin Wallace Cooke Jr., a former NYPD officer, said she was a nice woman who suffered from schizophrenia and often refused medication.

“Debbie was sick,” Cooke said.”She was in college and she was a very smart, book-wise person, and she don’t deserve to be dead.”

Neighbors also said she had a history of erratic behavior.

“The lady be hollering, screaming,” Raphelle Gundy said. “You think she’d be in there wrestling with somebody, talking very violently.”

“I am calling for a swift and thorough investigation into this tragic incident and for the findings to be released publicly,” James said in a statement. “While we are still learning details about this evening’s incident, I am renewing my call to expand the use of non-lethal use of force by the NYPD.”

Attorney General Eric Schneiderman’s office says it is “reviewing the incident to determine whether or not it falls within the attorney general’s jurisdiction under the executive order. We extend our deepest condolences to Ms. Danner’s family.”