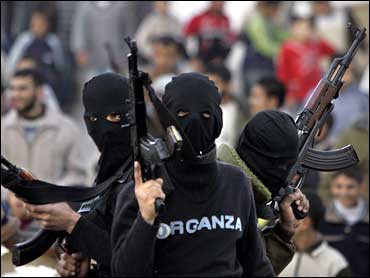 Tropical Storm Debby dissipated Thursday off Cuba after showering the eastern part of the island with much-needed rain and soaking northern Haiti.

As the one-time hurricane lost its punch, authorities lifted an evacuation order for the Florida Keys, and tropical storm warnings were lifted in Cuba and other Caribbean nations.

By 11 a.m. EDT, Debby's winds had dropped to about 40 mph, well below tropical storm force. Its remnants were swirling hours later between Cuba and Jamaica. Forecasters continued to watch the former hurricane for signs it might regain strength.

"There are still some strong winds" in that area, said forecaster Laura Salvador of the National Hurricane Center in Miami, which warned that the danger of floods in Haiti, Cuba and Jamaica continues.

Authorities had evacuated at least 7,000 people in Cuba. Heavy rains and winds lashed the U.S. Naval Base at Guantanamo Bay in southeastern Cuba, home to nearly 1,600 U.S. servicemen and their families.

"They're doing fine. They prepared for the heavy weather and lashed down anything that could become a flying object," said Pat Dooling, spokesman for U.S. Navy Region Southeast in Jacksonville, Florida, which oversees the Guantanamo Bay base.

Authorities in the Dominican Republic said more than 700 people had been forced out of their homes by flooding Wed be the most significant factor in this storm," for drought-stricken Cuba, the government station Radio Reloj reported. It has been the driest summer in a decade.

"A good rain wouldn't do us any harm," said Roger Batista, civil defense director in the Cuban coastal province of Las Tunas.