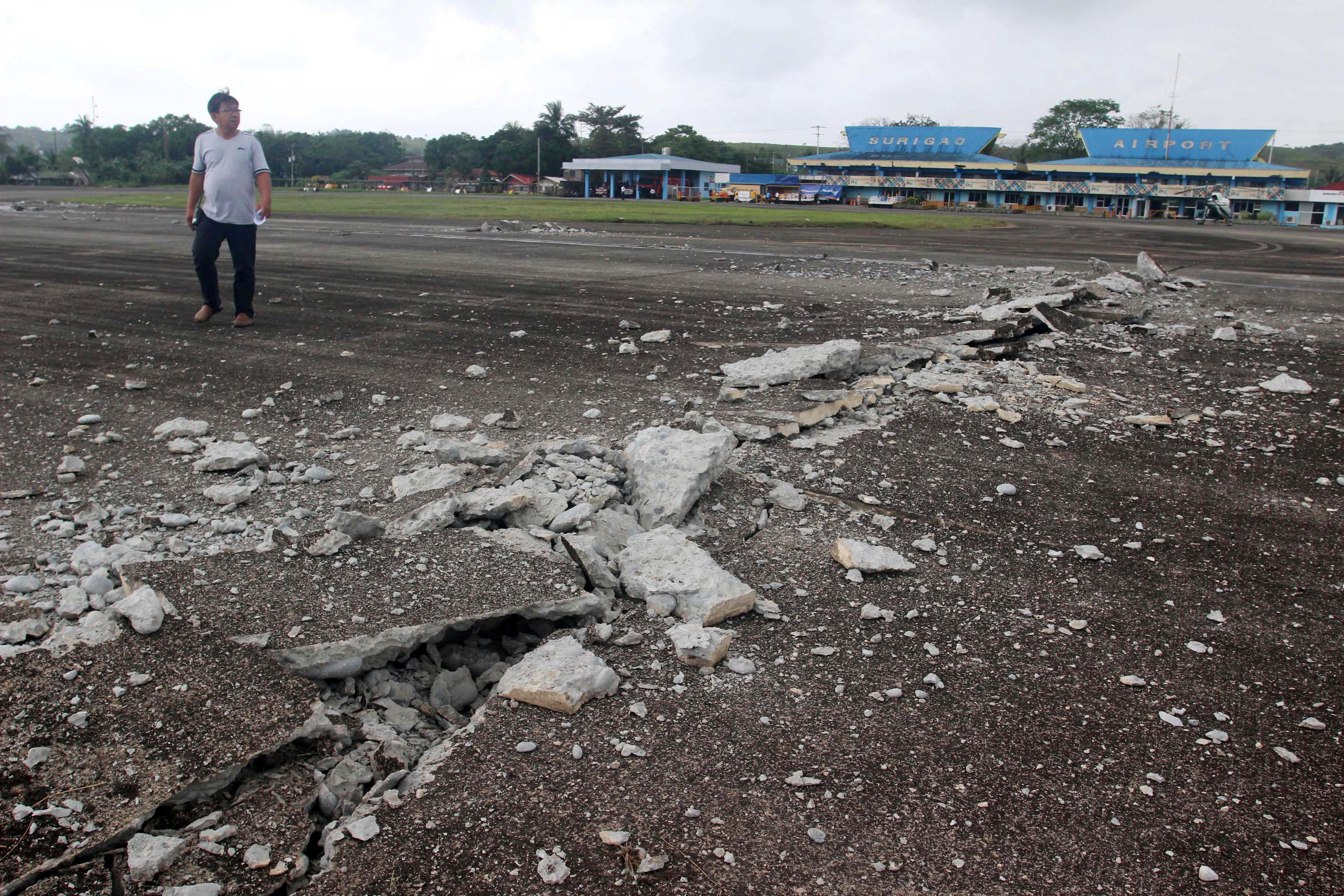 SURIGAO, Philippines -- A powerful nighttime earthquake in the southern Philippines killed at least six people and injured more than 120, with officials combing through cracked buildings and nearby towns Saturday to check on the damage and other possible casualties.

The magnitude 6.7 quake roused residents from their sleep late Friday in Surigao del Norte province, forcing hundreds of people to flee their homes. The quake was centered about 8 miles northwest of the provincial capital of Surigao at a relatively shallow depth of 6 miles, said Renato Solidum of the Philippine Institute of Seismology and Volcanology.

Provincial information officer Mary Jul Escalante was being interviewed by ABS-CBN TV network when another aftershock struck. “Oh sir, there’s an aftershock,” she said. “I’m shaking, we have a phobia now.”

At least six people were killed, mostly after being struck by falling debris and concrete walls, provincial disaster-response official Gilbert Gonzales said. At least 126 others were injured in Surigao, where the quake knocked out power and forced the closure of the domestic airport due to deep cracks in its runway, officials said.

Several buildings, including a state college, a hotel and a shopping mall, were damaged in the city, located about 430 miles southeast of Manila. Surigao was placed under a state of calamity to allow faster release of emergency funds, provincial police chief Senior Superintendent Anthony Maghari said by phone.

TV footage showed army troops and other rescuers pulling out the body of a man from the concrete rubble of a damaged house while relatives wept. In Surigao’s downtown area, the facade of a number of buildings were heavily cracked, their glass windows shattered with canopies and debris falling on parked cars on the street below.

Roads had visible cracks in the coastal city and a bridge collapsed in an outlying town, officials said.

“The shaking was so strong I could hardly stand,” coast guard personnel Rayner Neil Elopre said by phone.

Village leaders asked residents to move to a school building on higher ground, Elopre said, pausing briefly during a mild aftershock while talking on the phone.

Police officer Jimmy Sarael said he, his wife and two children embraced each other until the shaking eased. They later moved to the moonlit grounds outside the provincial capitol complex to join more than 1,000 jittery residents, he said.

The last major earthquake that struck Surigao, an impoverished region also dealing with a communist insurgency, was in the 1879, Solidum said. A magnitude 7.7 quake killed nearly 2,000 people on the northern island of Luzon in 1990.

Amid the calamity, the military appealed to New People’s Army guerrillas not to disrupt rescue and rehabilitation work. “We urge you not to attack our soldiers,” military spokesman Col. Edgard Arevalo said.

The Philippines sits in the Pacific “Ring of Fire,” where earthquakes and volcanoes are common.