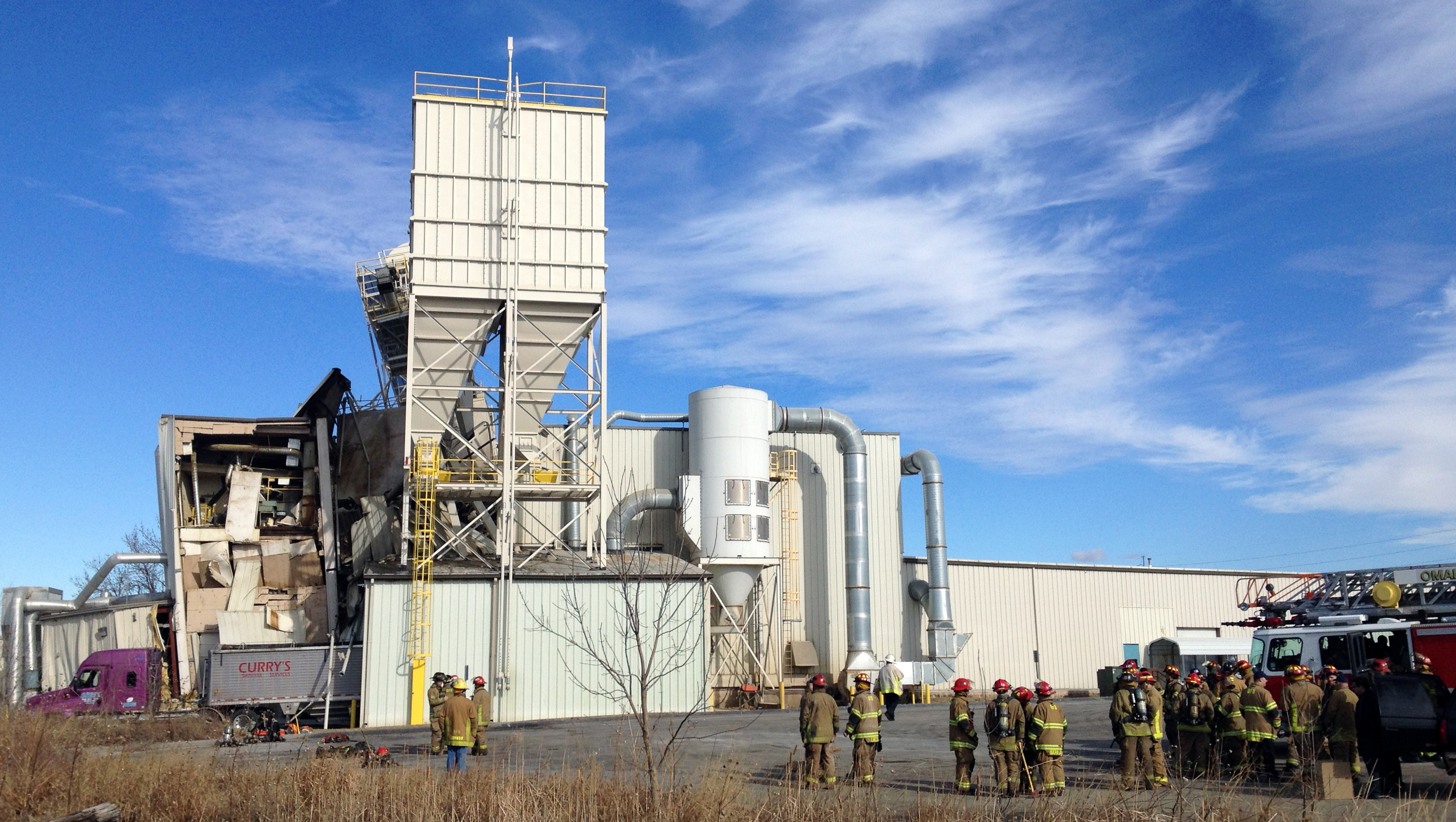 Ten people were seriously injured in the blast at the International Nutrition plant, officials said. Seven others were hurt but refused treatment.

There were 38 people inside the building when the explosion occurred, Interim Fire Chief Bernie Kanger said. Police said Monday night that all of the workers had been accounted for.

Worker Jamar White said he heard a loud crack and looked up to see the back wall of the building collapsing.

"I ran at least 150 feet," White said. "I ran far enough to make sure nothing else would keep falling.

Afterward, White said, he could inside the third floor of the building where at least two co-workers were screaming for help.

Recovery efforts would proceed slowly, since the plant is unstable, Kanger said.

"We haven't cleared the building yet because of the significant risk to our people," Kanger said.

Nebraska Task Force 1, a search and rescue team based at the fire department in state capital Lincoln, was being sent to Omaha to help in the search, CBS affiliate KMTV reported.

Omaha Mayor Jean Stothert offered condolences to the victims' families and praised Kanger and his department.

"Omaha firefighters are committed to serve. That commitment was apparent today as firefighters risked their own safety to rescue injured employees trapped in the debris," the mayor said.

The cause of the blast was not immediately known. Kanger said there were no hazardous chemicals at the plant.

Scott Allen of the federal Occupational Health and Safety Administration told CBS News that the agency had cited the company in the past for six violations involving electrical safety standards and machine guarding, which protects workers from losing limbs or being crushed.