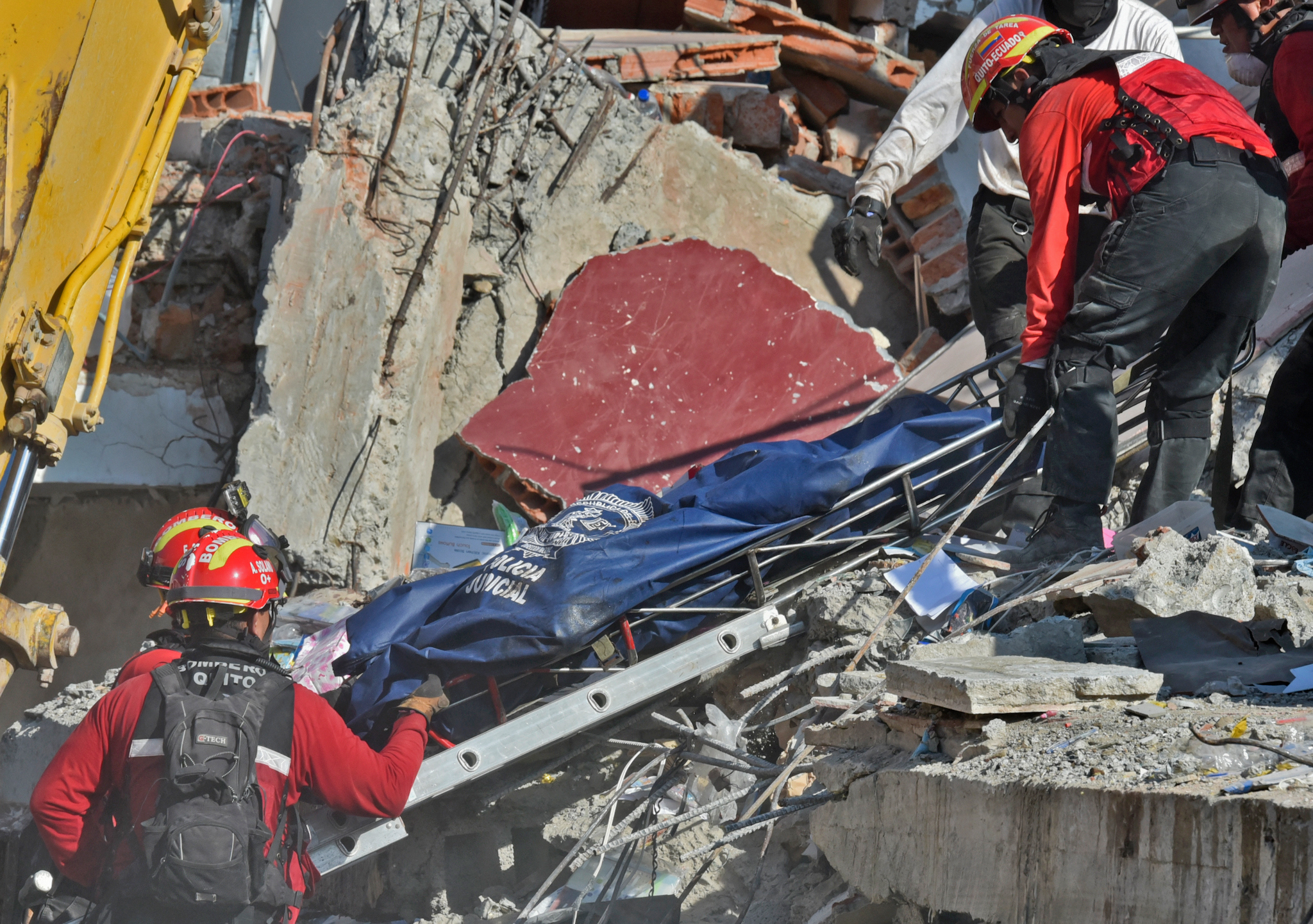 MANTA, Ecuador --The death toll in Ecuador from Saturday's 7.8 earthquake rose Tuesday to at least 480. Another 1,700 people are missing.

In Manta, teams are digging through rubble-- and families are praying for miracles. Rescue workers have been scrambling since the quake hit to find survivors, but time is running out.

A Peruvian rescue team has been searching the rubble of a three-story hotel. About 30 people were inside when it collapsed.

At least twelve have been pulled out alive, and rescuers say three bodies are trapped inside.

One woman told CBS News her brother was inside the hotel, and she hasn't seen him since.

For a nine-year-old girl, it was all too much. Her mother was injured by falling debris, a narrow escape.

The port town was among the hardest hit as Saturday's earthquake cut a swath of devastation along Ecuador's coast. And while the death count mounts, thousands are still missing.

Rescue teams from all over the world have flown in to help, drawing a small group of locals out to watch.

It's an uphill battle trying to save those trapped inside a flattened shopping center. A rescuer said they pulled three people alive from a destroyed supermarket Tuesday, and one of the survivors said there may be 20 other people still alive inside.

A 16-year-old girl showed CBS News a picture of her sister, who's still missing.

"She's my only sister, my older sister, and we hope she's still alive," she said.

Local radio reported three more aftershocks in a short period of time. That's why families are sleeping in the street at night -- they're worried about another quake bringing down more buildings.

Rescue teams are still arriving, some from as far away as Spain.

President Obama called Ecuadorean President Rafael Correa on Tuesday to express the condolences of the American people. The U.S. has a disaster assistance team on the ground in Ecuador, but with each passing day, hope is fading.