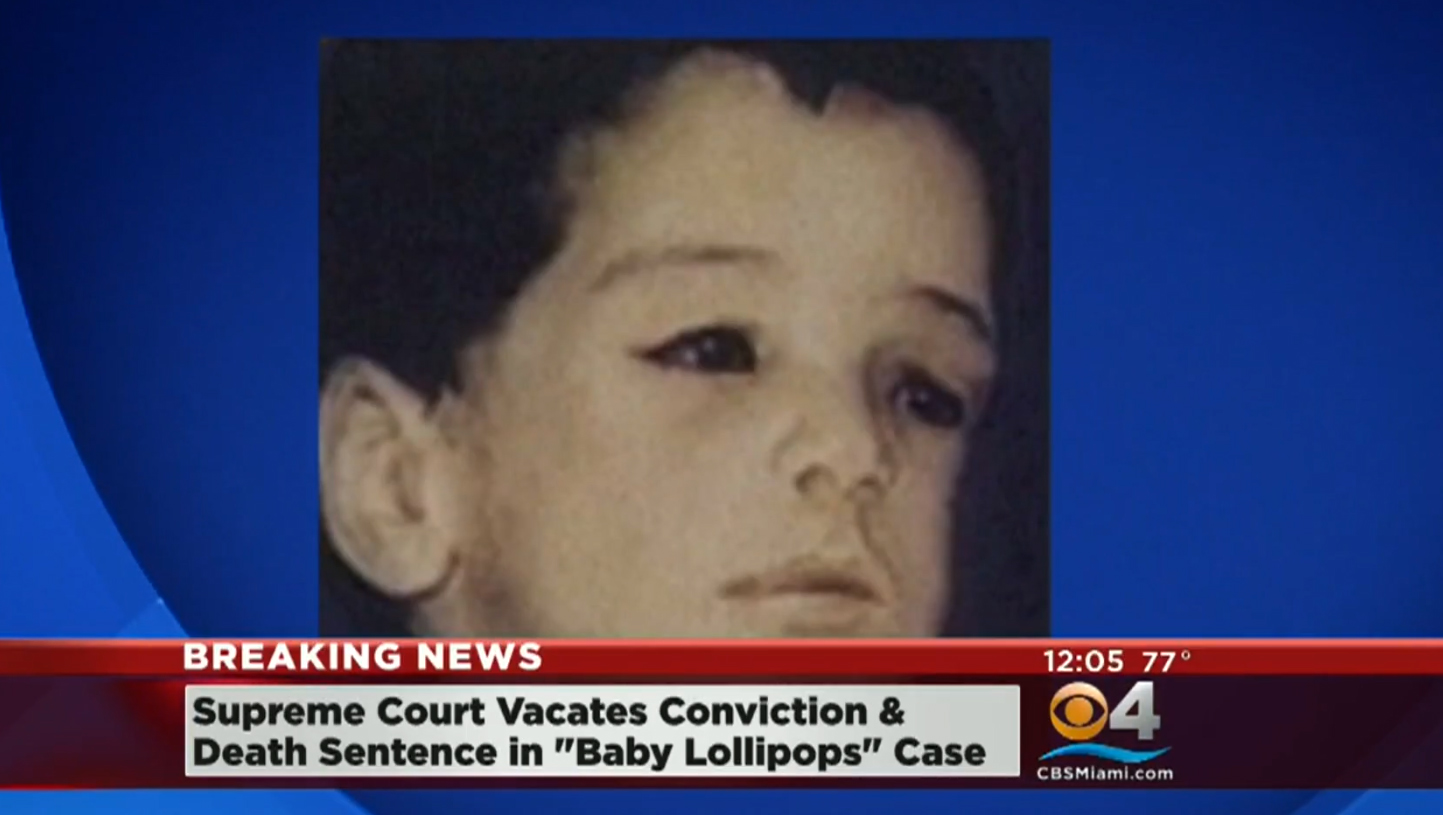 MIAMI -- A Florida mother condemned to die for the beating death of her young son, known as "Baby Lollipops," deserves a new trial because of inflammatory and improper statements made by prosecutors during closing arguments, the state Supreme Court ruled Thursday.

This time, the court found that Miami-Dade prosecutors crossed the line in closing arguments during the second trial, repeatedly attempting to stir up juror emotions and sympathy for the 3-year-old victim, Lazaro Figueroa. Testimony showed the boy had been severely beaten and suffered from chronic neglect, weighing only 18 pounds when his body was found in 1990, dumped beneath a hedge in the yard of a Miami Beach home.

Police dubbed the boy "Baby Lollipops" because he was wearing a T-shirt with a lollipop image when he was found.

The Supreme Court, in a 28-page decision, said the trial judge erred in allowing prosecutors to repeatedly use the phrase "justice for Lazaro" in closing arguments to the jury. Prosecutors were also wrong, the justices added, in describing the defense case as "diversionary" and calling Cardona herself a "drama expert" who belonged on a Spanish-language telenovela program.

"As we have stated for decades, we expect and require prosecutors, as representatives of the state, to refrain from engaging in inflammatory and abusive arguments, to maintain their objectivity, and to behave in a professional manner," the justices wrote in a 6-1 opinion. "All of these arguments used by the prosecutor in this case were clearly improper."

Justice Ricky Polston dissented but did not issue an opinion.

Miami-Dade State Attorney Katherine Fernandez Rundle said prosecutors will try Cardona on murder and other charges a third time in a case that his riveted South Florida for decades.

According to testimony at both previous trials, Lazaro's badly beaten and scarred body was found by utility workers in Miami Beach on Nov. 2, 1990. Police did not immediately know the boy's identity and decided to call him "Baby Lollipops" as they distributed fliers door-to-door and held frequent news conferences.

Eventually, the investigation led Miami Beach detectives to Cardona, who had moved with her other two children and her companion to a motel in Osceola County. She initially claimed, police said, that the boy had fallen and hit his head on a tile floor while jumping on a bed. She also claimed her companion, Olivia Gonzalez, had left the boy in front of the Miami Beach home.

Two juries rejected the defense case, finding Cardona guilty of killing her son and of regularly abusing the child. The jury in the second trial recommended the death penalty by a minimal 7-5 vote, which the judge then imposed.

Under a recent U.S. Supreme Court decision, Florida judges will no longer have final say in imposing capital punishment. A bill currently proposed in the state Legislature would switch that authority solely to juries and would require a minimum 10-2 vote to impose death.