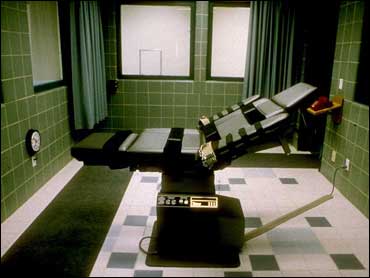 Anti-death penalty forces have gained momentum in the past few years, with a moratorium in Illinois, court disputes over lethal injection in more than a half-dozen states and progress toward outright abolishment in New Jersey.

The steady drumbeat of DNA exonerations — pointing out flaws in the justice system — has weighed against capital punishment. The moral opposition is loud, too, echoed in Europe and the rest of the industrialized world, where all but a few countries banned executions years ago.

What gets little notice, however, is a series of academic studies over the last half-dozen years that claim to settle a once hotly debated argument — whether the death penalty acts as a deterrent to murder. The analyses say yes. They count between three and 18 lives that would be saved by the execution of each convicted killer.

The reports have horrified death penalty opponents and several scientists, who vigorously question the data and its implications.

So far, the studies have had little impact on public policy. New Jersey's commission on the death penalty this year dismissed the body of knowledge on deterrence as "inconclusive."

But the ferocious argument in academic circles could eventually spread to a wider audience, as it has in the past.

"Science does really draw a conclusion. It did. There is no question about it," said Naci Mocan, an economics professor at the University of Colorado at Denver. "The conclusion is there is a deterrent effect."

A 2003 study he co-authored, and a 2006 study that re-examined the data, found that each execution results in five fewer homicides, and commuting a death sentence means five more homicides. "The results are robust, they don't really go away," he said. "I oppose the death penalty. But my results show that the death penalty (deters) — what am I going to do, hide them?"

Statistical studies like his are among a dozen papers since 2001 that capital punishment has deterrent effects. They all explore the same basic theory — if the cost of something (be it the purchase of an apple or the act of killing someone) becomes too high, people will change their behavior (forego apples or shy away from murder).

To explore the question, they look at executions and homicides, by year and by state or county, trying to tease out the impact of the death penalty on homicides by accounting for other factors, such as unemployment data and per capita income, the probabilities of arrest and conviction, and more.