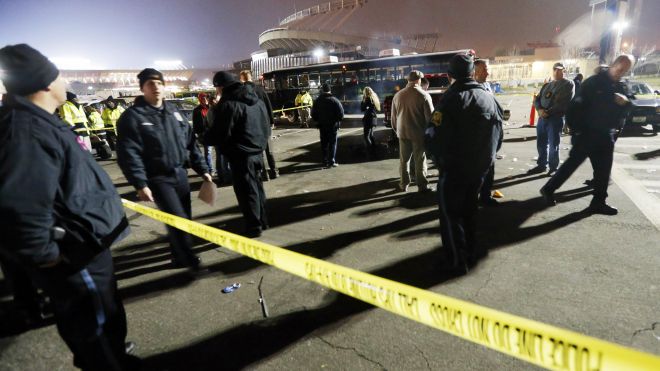 KANSAS CITY, Mo. - The death of a 30-year-old man from Missouri in an Arrowhead Stadium parking lot during Kansas City's game this weekend was ruled a homicide Wednesday. However, police said it could still take weeks before they know what killed him.

Kyle Van Winkle, 30, of Smithville, was unconscious on the ground when police responded to a disturbance call around 5:20 p.m. in Lot A at Truman Sports Complex, where Arrowhead is located.

In announcing the Jackson County medical examiner's ruling Wednesday, police spokesman Darin Snapp said that wouldn't change how the case is being handled.

"Detectives have been working the case as a homicide from the beginning, so the investigation will not change," he said.

Van Winkle, the son of a police sergeant, apparently left the stadium early in the game and went to the parking lot, where he got into a Jeep that looked like the vehicle he came to the game in, Kansas City police spokesman Tye Grant said.

The Jeep's owner found Van Winkle, which led to an argument. People tailgating nearby then came over and began fighting with Van Winkle, Grant said.

Dean Van Winkle told The Kansas City Star on Tuesday that his son left his seat to go to the restroom but never came back. He said Kyle didn't appear to be intoxicated or ill when he left.

"He collapsed during the struggle and was found to be not breathing," Grant said. "That's when a person at the scene began doing CPR on him."

Van Winkle was then taken to a hospital, where he was pronounced dead.

It could be four to six weeks before the medical examiner determines the cause of death, police said.

Four people were taken into custody for questioning but none were charged. Police executed a search warrant Monday at a home in the Kansas City suburb of Independence after learning of possible evidence there. A No. 25 Chiefs jersey, blue jeans and tennis shoes were seized, according to the search warrant returned Wednesday.

According to Van Winkle's obituary, he was married and had a 7-week-old son. He played football at William Jewell College, where he earned a bachelor's degree, and was employed at Community America Credit Union.