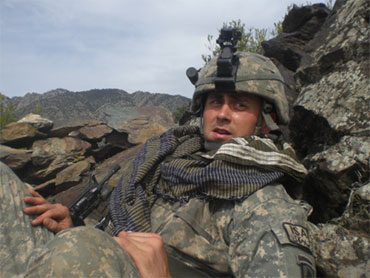 A doctor whose prototype suicide machine was seized as he left his native Australia to attend a euthanasia conference says his U.S. supporters will help him rebuild the device.

Dr. Philip Nitschke said that Australian customs agents in Sydney seized his COGen machine Thursday. He had planned to unveil the device, which lets people kill themselves with carbon monoxide, before a national meeting of the Hemlock Society in San Diego.

"They were waiting for me. It's clear," he said. "We'd been quite public about bringing the machine to the U.S. to demonstrate it."

Nitschke, 55, told conference participants Sunday that he intends to challenge the Australian law banning the exportation of any instrument that could be used to assist in suicide. He said another suicide machine would be built in the United States.

Because his invention can be operated single-handedly, it does not break U.S. laws barring assisted suicide, Nitschke said. It consists of a coffee-can-sized canister, an intravenous drip bag and nasal prongs. Chemicals are combined in the canister to produce carbon monoxide, which is then inhaled.

Although it has not been tested, Nitschke estimated it would render a person unconscious within minutes and cause death in 30 minutes to an hour. More than $11,000 was spent to develop the patented device, but Nitschke said he hoped to make it available for free to pro-euthanasia groups.

"It has all the essential elements of being simple, transportable and the patients use it themselves," said Hemlock Society founder Derek Humphry. "This type of machine cuts out the legal risk."

American euthanasia advocate Dr. Jack Kevorkian, who is serving a 10- to 25-year prison sentence for the 1998 death by injection of a Lou Gehrig's disease patient, also used a device that employed carbon monoxide. Kevorkian's machine relied on a compressed version of the toxic gas, which is hard to obtain and transport. Nitschke said his machine produces carbon monoxide itself.

An earlier system Nitschke developed featured a syringe that administered a lethal injection at the push of a button on a laptop computer. It was used by four terminally ill people between July 1996 and March 1997, when a short-lived law permitted voluntary euthanasia in Australia's Northern Territory.

"Instead of helping people overcome their problems, he can only help to murder them," coalition director Cheryl Sullenger said in a statement.

But Nitschke said he was providing a humane alternative. He predicted that as the Baby Boom generation ages, more people will want to control how and when they die.

"It's pretty ghoulish when people shoot themselves with shotguns and hang themselves," he said.